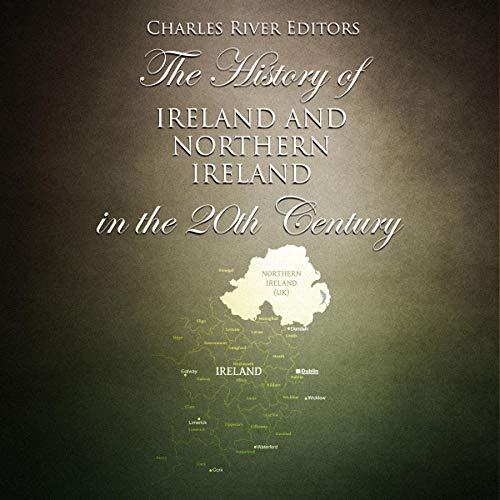 The History of Ireland and Northern Ireland in the 20th Century

“If you strike us down now we shall rise again and renew the fight. You cannot conquer Ireland; you cannot extinguish the Irish passion for freedom. If our deed has not been sufficient to win freedom then our children will win it by a better deed.” -Patrick Pearse

There are very few national relationships quite as complicated and enigmatic as the one that exists between the English and the Irish. For two peoples so interconnected by geography and history, the depth of animosity that is often expressed is difficult at times to understand. At the same time, historic links of family and clan, and common Gaelic roots, have at times fostered a degree of mutual regard, interdependence, and cooperation that is also occasionally hard to fathom.

During World War I, for example, Ireland fought for the British Empire as part of that empire, and the Irish response to the call to arms was at times just as enthusiastic as that of other British dominions such as Canada, Australia, and New Zealand. And yet, at the same time, plots were unearthed to cooperate with the Germans in toppling British rule in Ireland, which would have virtually ensured an Allied defeat. In World War II, despite Irish neutrality, 12,000 Irish soldiers volunteered to join the Khaki line, returning after the war to the scorn and vitriol of a great many of their more radical countrymen. One of the most bitter and divisive struggles in the history of the British Isles, and in the history of the British Empire, played out over the question of Home Rule and Irish independence, and then later still as the British province of Northern Ireland grappled within itself for the right to secede from the United Kingdom or the right to remain.

What is it within this complicated relationship that has kept this strange duality of mutual love and hate at play? A rendition of “Danny Boy” has the power to reduce both Irishmen and Englishmen to tears, and yet they have torn at one another in a violent conflict that can be traced to the very dawn of their contact.

This history of the British Isles themselves is in part responsible. The fraternal difficulties of two neighbors so closely aligned, but so unequally endowed, can be blamed for much of the trouble. The imperialist tendencies of the English themselves, tendencies that created an empire that embodied the best and worst of humanity, alienated them from not only the Irish, but the Scots and Welsh too. However, the British also extended that colonial duality to other great societies of the world, India not least among them, without the same enduring suspicion and hostility. There is certainly something much more than the sum of its parts in this curious combination of love and loathing that characterizes the Anglo-Irish relationship.

The History of Ireland and Northern Ireland in the 20th Century analyzes the tumultuous events that marked Irish history during the 20th century.

too difficult to listen to and the speaker misprounces Irish places. have not been able to listen to it in full to properly rate