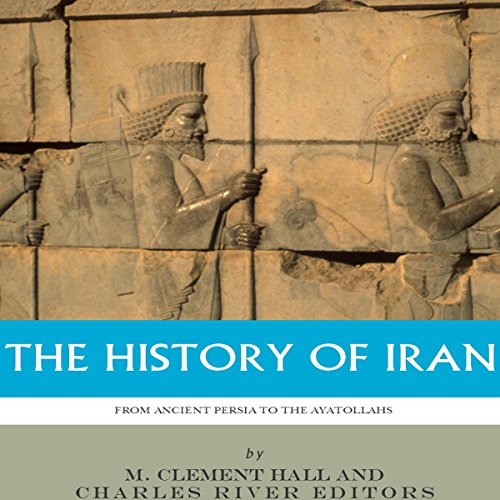 The History of Iran from Ancient Persia to the Ayatollahs

In 2011, violence erupted across the Middle East in the form of revolts against authoritarian regimes. Across the region, from Egypt to Syria, thousands fought and died to push out despots, some successfully and others unsuccessfully. Yet despite this historic violence, much of the world’s foreign policy focus has been on Iran’s nuclear program, and the potential for war between Iran, Israel, and the West.

Although Iran had peaceful nuclear programs with Western cooperation before the Islamic revolution, it’s widely believed that the regime, headed by Ayatollah Khomeini and now Ayatollah Khameini, began to work in earnest toward a nuclear program that could result in bombs around the late ‘90s. Still, it was (and remains) unclear the extent to which Iran’s nuclear program has progressed, with the potential date of Iran obtaining nuclear weapons constantly changing. As Graham Allison, a Harvard professor and leading security strategist, put it in November 2011, the Iranian nuclear program is a “Cuban missile crisis in slow motion”.

People may know what’s going on in Iran today, but the obsession over its nuclear program often overlooks the unique intricacies of the nation and its people, particularly the long, illustrious history of the Persian Empire. Iranians have long been proud of their history and culture, to the extent that foreign negotiators who do not entirely understand the history and culture have referred to a “Persian psyche”.

How did Iran get to where it is today, at the forefront of global affairs? The history of Iran and the theme of Persian conflict with the West stretches back thousands of years, and it is a unique history of empire, culture, art, pride, and religious nationalism. The History of Iran from Ancient Persia to the Ayatollahs comprehensively and descriptively covers this history, progressing through a timeline dating back to antiquity and examining all of the different religious, political, foreign, and military issues that affect Iran and are affected by Iran today. The History of Iran from Ancient Persia to the Ayatollahs will bring readers up to speed on one of the world’s crucial countries today. This audiobook covers the prehistoric era to the controversy over Iran's nuclear program.

Good framework for the novice

The book provided enough detail to gain a very good broad overview of the history of Iran and the modern troubles.
The book is often dull. I don’t blame the narrator. She has a pleasant voice, intonation and tempo. She narrates the text as well as any professional could. The writing itself if quite bland in a textbook style, My attention did drift off a few times, but when I resorted to note taking I realised there is a lot of detail in this book (for the novice). And it is read in a chronological and systematic way, which helps for note taking.
It does provoke curiosity and questions about individuals and organisations mentioned in the book. Its a very good starter book. If you memorised the contents you would
Probably score an A for a GCSE in the history of Iran.
I definitely feel I have an overall greater understanding of the troubles now.

This book is a very brief history of Iran. So, the title may not be the most suitable.

'The History of Iran from Ancient Persia to the Ayatollahs' is effectively a long list of dates and events.

'Year X: this happened. Year X+1: this happened" and so it flows for several hours. While it might be hard to cover the 3000 year history in under five hours, I was hoping for more from this book. There is no flow between these events, no discussion of how one relates to another, no cohesive 'narrative' of Iran and what makes it what it is.

Even as it get's into modern times and there is more potential for discussion it doesn't really change. The details get more - we get specific dates rather than years - but there is still little cross referencing or discussion of one event to another, how they affected one another or built off previous events.

There are some cool tidbits in among all this. Like the ruler who was crowned in utero (how did they know he was going to be a he?). But these little bits don't make up for the rest.

The date and list might work well enough for a text based book, because it can be a quick reference or you can flip to a particular date, but you cannot do that with the audiobook and thus it becomes a long list of 'date: event' that never really comes together as a whole piece.

Narration by Tracey Norman is fine. They do the best they can with the text provided. It is clear, well paced and easy to follow. No issue with the narration itself.

Should be titled History of Iran’s Leaders

This is the first book I’ve read/listened to by this author. I think the title “History of Iran’s Leaders” may be a more appropriate title.
The format was so that we were given a leaders name, the date they ruled, and occasionally a little comment on something that set them apart (like being crowned in utero, actually dying of old age instead of patricide or assassination, etc. ). Then instead of blocks of years, once we get to the 1990’s, the format switches to sometimes monthly, and the focus was on more political things like the time lines of the issues with Iran’s continued investigation concerning uranium enrichment for nuclear bomb use.
Unfortunately, there was not a lot of info to really tie things together. I did learn some interesting things, but I don’t feel I have too much more of an understanding of Iran. Most of what was in this book could easily be found reading a list of leaders of Iran and the newspaper headlines for the past 30 years. I would like to have learned more about Iran as a whole and more on how they influenced and were influenced by their neighbours and times.

This is the first book I’ve listened to by this narrator ( Tracey Norman ) and I would listen to another. She did a fine job reading and pronouncing this content.

The History if Iran

I didn't really know much about Iran and it's culture. This book has some interesting information. The format isn't exactly engaging, but it's also not bad. There's plenty to learn here, just would have been nice to have a more engaging format.

My Middle East history it's not quite where I wanted to be. So when I was offered a review copy of this book, I jumped on it.

I started this book with a basic understanding of Iran/Persia. now I feel like I have a better understanding of the Iran/Persia region. I'll probably need to go over this book a couple more times, just to help that all the information sink in. I think this is a good book with lots of good information. If you're a fan history in general or if you want to know more about the Iran Persia region. Then I would definitely pick up a copy of this book.

I will say, I did find the narrator to be almost a little too NPRish. But that is usually the case its history books in general.

This book is pretty dry with a lot of confusing names that aren't adequately explained. Although it does summarize a long history, it doesn't really follow through with any meaningful conclusions or explain Iranian's hatred of the West.

Tracey Norman's performance is adequate, but this dry material didn't require much from the narrator.

Ultimately, I didn't come away with much from this book.

A brief History of Persia

This Book could be so much better if it had more depth..... I believe the Writer should expand the Book with more information
and more analysis.

The Book has the potential to be a great outline for everyone who wants to learn about a very important Country.