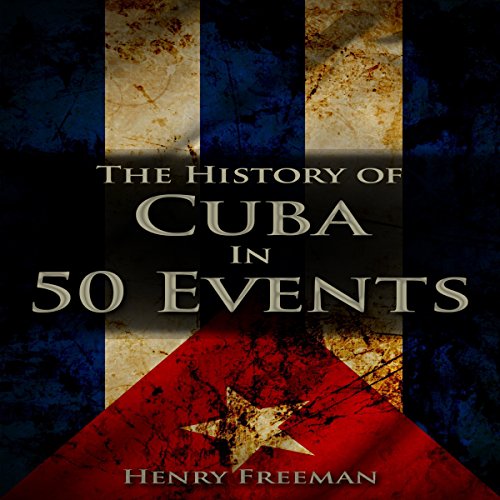 The History of Cuba in 50 Events

The History of Cuba in 50 Events

Cuba is a nation with a long, rich history. The study of Cuban history is also the study of the development of the New World by Europe, and the first steps taken by New World countries to establish independent governments. Cuba played a significant role in the growth of the New World, and throughout its history has been a part of major world events that have taken place around it. This audiobook is designed to familiarize listeners with a broad overview of Cuban history and the context that made that development possible.

Broken down into 50 easy-to-follow chapters that will allow listeners to gain insight into Cuban history without being overwhelmed by its depth, this audiobook is a must-hear for anyone seeking a better understanding of North America and its development.

A pleasant to listen to and easy to follow history of Cuba. My one gripe is that the book neglects to mention, even in passing, the Mafia's involvement in pre-Castro Cuba and the many positives of post-revolution Cuba including 100% literacy in ten years, 0% homelessness, Cuba's role in ending South African apartheid and it's unparalleled health innovations (and medical aid the nation altruistically provides across the globe).