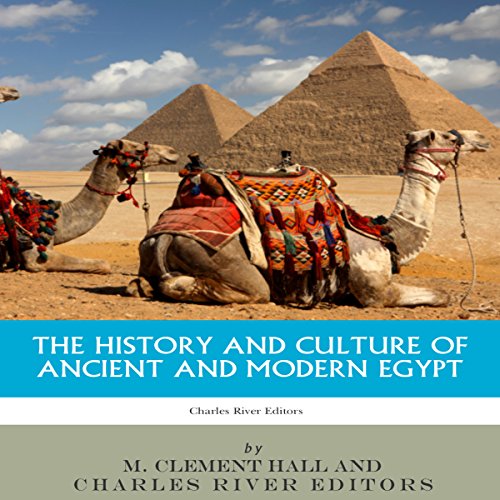 The History and Culture of Ancient and Modern Egypt

Africa may have given rise to the first human beings, and Egypt probably gave rise to the first great civilizations, which continue to fascinate modern societies across the globe nearly 5,000 years later. From the Library and Lighthouse of Alexandria to the Great Pyramid at Giza, the Ancient Egyptians produced several wonders of the world, revolutionized architecture and construction, created some of the world's first systems of mathematics and medicine, and established language and art that spread across the known world. With world-famous leaders like King Tut and Cleopatra, it's no wonder that today's world has so many Egyptologists.

What makes the accomplishments of the Ancient Egyptians all the more remarkable is that Egypt was historically a place of great political turbulence. Its position made it both valuable and vulnerable to tribes across the Mediterranean and the Middle East, and Ancient Egypt had no shortage of its own internecine warfare. Its most famous conquerors would come from Europe, with Alexander the Great laying the groundwork for the Hellenic Ptolemy line and the Romans extinguishing that line after defeating Cleopatra and driving her to suicide.

About 2,050 years after Cleopatra's death, Egypt still remains a volatile hotspot. In the last year, Egypt has undergone a revolution that expelled its authoritarian leader of nearly 30 years and implemented elections that have pitted the Egyptian military in a power struggle with the Muslim Brotherhood, the long-time Islamic opposition group with ties to Hamas and elements of al-Qaeda. Making everything that much more surreal, the events have played out before well placed television cameras with continuous "real time" coverage of the revolution and ongoing turmoil, and foreign nations around the world eagerly await or dread the end result.