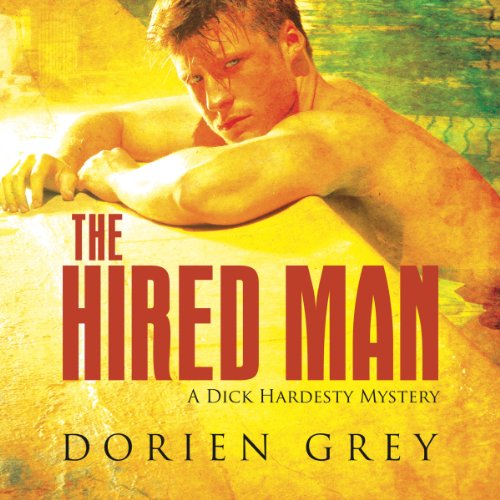 By: Dorien Grey
Narrated by: Jeff Frez-Albrecht
Try for £0.00

In the continuing saga of Dick Hardesty, gay P.I., he is hired to protect the interests of a gay/bisexual escort service when a client is murdered. Lovers of murder mysteries will find the complex twists and turns fascinating. This audiobook breaks new ground by being the first mystery novel to make bisexuality an issue in solving a crime.

What listeners say about The Hired Man: A Dick Hardesty Mystery

Narrator doesn't distinguish the different voices enough. Great story all the same. Flowed we'll and didn't get wrapped up in the many characters.

I Could Not Figure This One Out!

LOL
I really need to start reading and listening to books in order.

Every time Dick would hook up with someone I'd be screaming in my head, "What about John???? He doesn't deserve to be cheated on, he's been through so much pain already!" lol. Now I'm desperate to know how they ended up together and if it was before or after Chris. 🙀

From the plot to the characters to the performance, everything was perfect about this little murder mystery!!! I had absolutely no idea who the murderer was until the very end. I LOVE these types of mysteries. 🌟🌟🌟🌟🌟 1-10-2015

A great way to travel

I have loved every book I have read by Dorien Grey and now I get even more pleasure by listening to them.
The Hired Man is the 4th book in the Dick Hardesty mystery and I was lucky enough to get a free copy in return for an honest review.
Dorien Grey's books are well thought out and well written. What I really love about them is that there are clues throughout the book to who the culprit is but they are not obvious - you just have to pay attention.
I own a hard copy of every book that Dorien has written and I also buy the ebooks as soon as they become available.
Now I am adding audio books to my collection. I do a lot of long distance driving and I really love listening to a book while on a trip. It really makes the time go quickly. Even though I have read this book more than once this past weekend I listened to it and the experience was great.
The choice of the narrator was an inspired one. Dorien himself has told us that he has deliberately never physically described Dick Hardesty but the voice chosen for this book is perfect to me. I have my own ideas as to what the main character is like and this voice is exactly what I imagine Dick Hardesty would have.
I found it easy to download the book from Audible and put it on to my iPod so if anyone is concerned that getting an audiobook is too hard don't worry about it.
I highly recommend The Hired Man.

This is my favorite Dick Hardesty mystery yet! With the previous books I was sure who done it before the reveal, but this on had me guessing right up until the end. Such a great mystery. Now for book five.

Skip this book if you are not gay.

Would you consider the audio edition of The Hired Man: A Dick Hardesty Mystery to be better than the print version?

The narration was excellent, the story was good, but the sexual festivities did not apeal and is not likely to entertain straight people. Though I did learn some aspects of gay culture, that I did not find particularly edifying.But the story line is as good as any action movie!

For straight people, I don't think the sex is helpfull. But Im guessing gay people will find it titillating. Its probably intended for gay people, so why change anything - except perhaps the advertising. I did not know its about gay people. If I did, I would not have made the purchase. I suppose that is the reason for the ambiguity? The title made me think its about a sniper or something.

Which character – as performed by Jeff Frez-Albrecht – was your favorite?

They were all credible characters.

I'm embarrassed for it being in my library that I share with my mother! (But I don't think she will notice)