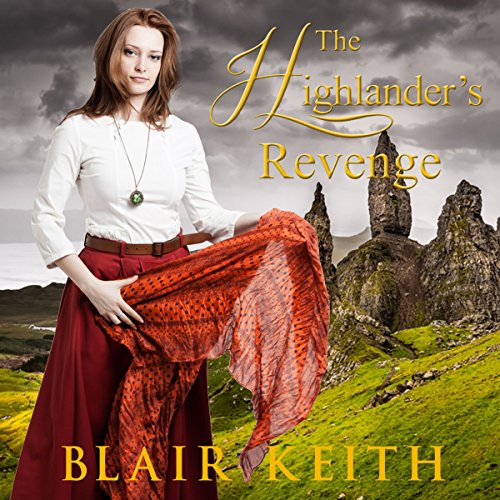 Ewan, Clan Chattan Laird, has vowed revenge on Clan Cameron for 18 years when they ambushed and killed his family. He plans to kidnap the sister of the Laird of Clan Cameron, hold her captive in a tower, and plan her execution. While Iona begs Ewan to set her free, although he finds her beautiful, he tells her that she is the payment for the savagery committed by her clan against his, a savagery that Iona is not aware of.

When Ewan's betrothed sees Ewan growing fond of Iona, she and the clan push for Iona's execution. But Ewan resists, telling them it will happen in time. While Ewan longs for Iona, he knows he must comply with his clan's wishes. Iona resigns herself to her fate, until she gains an unexpected ally, one who assures her freedom.

But as Iona finds out, trust cannot be given to just anyone, and, too late, she discovers that she has been betrayed and that her execution will take place. She knows in her heart that Ewan has betrayed her, and she is the ultimate sacrifice.

This was probably the hardest thing I've ever forced myself to listen to. The narrator strongly reminds me of the clear eyes guy with how much emotion was in her voice. The storyline was ridiculously boring and greatly underwhelming. The leading male is a lying, greedy man and the leading female is quite literally stupid. There are so many unanswered questions at the end as well. l
Like what happened to the best friend? What happened to the main antagonists mother? Does anyone care that the leading males betrothed is dead? What the hell did I just listen to. I'm very dissatisfied with this story.