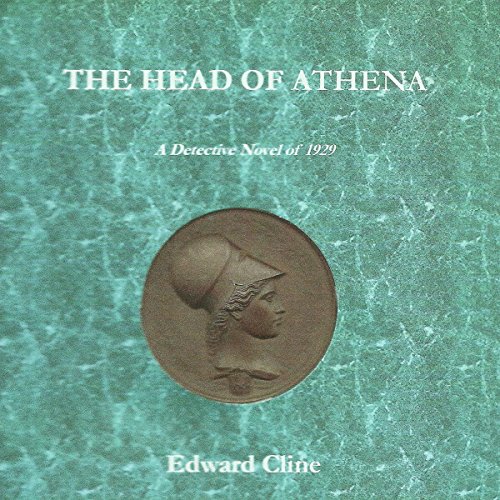 The Head of Athena

Cyrus Skeen is hired by Edgar Freund, the defense attorney of Enoch Paige, a notorious lecturer charged with the savage murder of his ex-wife, to find evidence that will exonerate his client of the crime. Skeen soon finds himself at odds with Freund, as well as with Detective Sergeant Robert Hoile of the San Francisco police, who is determined to send Paige to the electric chair, and with Reverend Oswald Hoxley, the pastor of a popular church. More murders are committed. The case takes Skeen from the depths of the underworld to the top of San Francisco's wealthy society in a bizarre maze of clues and blind alleys. The story opens when Skeen hasfollowed an international art fence, Andre Petrossian, to a burlesque theater,hoping that the man will lead him to the artworks stolen from a Boston museum.When the theater is raided by the police, Petrossian makes a run for it, but isshot dead by Sergeant Robert Hoile, a homicide detective who had made a wagerwith a colleague that he could find the man responsible for molesting childrenin a city playground. Together Hoile and Skeen recover the cache of stolenartwork, and learn that Petrossian had planned to sell it to Handy Ollo, amobster who owns a gambling ship off the city's coast. The next evening, whileattending a ballet, Skeen is approached by Edgar Freund, a trial attorneyfamous for representing gangsters and corrupt politicians. Freund wants to hireSkeen to find evidence proving the innocence of his newest client, Enoch Paige,a noted orator and promulgator of atheism. Paige, the son of a wealthy miningcompany founder, has been charged with the brutal rape and murder of his ex-wife,Esmee Planchet.

As bodies pile up and the most unlikely partiesbecome suspects, Skeen refuses to allow mob rule and the elusive dissimilitudeof clients and hostile witnesses to triumph over his commitment to the truth.

What listeners say about The Head of Athena

Be prepared for a very heavy handed dose of Objectivism - Cyrus Skeen, East Coast scion, is playing at being a private eye based in San Francisco until he is ostensibly called back to run the family firm. What we have here is Hammett without the humor. I skipped the Ayn Rand spoon feeding and found an okay mystery. Though it's rather easy to guess.

The narrator suffers from bad direction and is not as polished as he could be.

Why did I continue to listen? It's kind of like a "Real Housewives" episode ... how bad is the wreck gonna be?