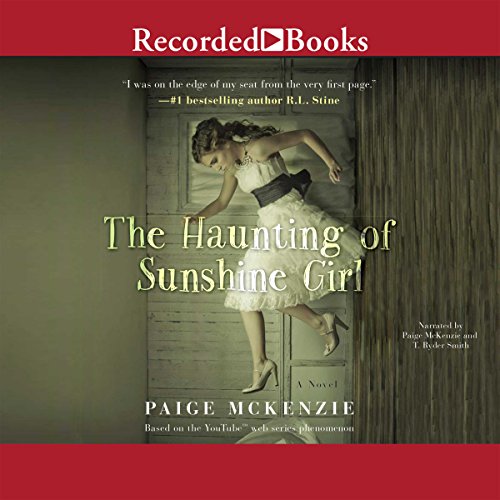 The Haunting of Sunshine Girl

Shortly after her 16th birthday, Sunshine Griffith and her mother, Kat, move from sunny Austin, Texas, to the rain-drenched town of Ridgemont, Washington. Though Sunshine is adopted, she and her mother have always been close, sharing a special bond filled with laughter and inside jokes. But from the moment they arrive, Sunshine feels her world darken with an eeriness she cannot place. And even if Kat doesn't recognize it, Sunshine knows that something about their new house is just...creepy.

In the days that follow, things only get stranger. Sunshine is followed around the house by an icy breeze, phantom wind slams her bedroom door shut, and eventually the laughter Sunshine hears on her first night evolves into sobs. She can hardly believe it, but as the spirits haunting her house become more frightening - and it becomes clear that Kat is in danger - Sunshine must accept what she is, pass the test before her, and save her mother from a fate worse than death.

What listeners say about The Haunting of Sunshine Girl

I've watched the youtube series since about a year after they started. I always enjoyed them although some of it could be unbelievable and a little cliché.
The book however is the opposite. Its a great book. I really enjoyed it and can get really creepy at times.

Really enjoyed it,I listened at work during the night on headphones,a scary experience,get story well narrated and hopefully some follow up books.

What did you love best about The Haunting of Sunshine Girl?

I actually got this book because I saw it at a local store and picked it up because I liked the cover art. But what was so great with this story is that I thought that I had it pegged to be one story and it blossomed into a totally different and surprising one. I thought for sure that since Sunshine wasn't interacting with other people that there was going to be something where she wasn't alive herself. It was the turn of the story from what I thought it was going to be into what it is that I loved the most.

Sunshine was my favorite character as she was the main focus, however, her dog and cat were in a close second.

What about Paige McKenzie and T. Ryder Smith ’s performance did you like?

Normally I do not like when the author reads the book, it loses some energy and the theatrics that you may find in other readers. I was pleasantly surprised with the reading, Paige McKenzie was a great reader.

Paige McKenzie's voice was dull, lifeless, and near monotone. It sounded like she was reading the book without emotion. This got in the way of enjoying the book to its fullest.

The storyline was entertaining but seemed like it was a mixture of Harry Potter and The Ghost Whisperer. Sunshine was adopted and found out she had special powers and abilities (like Harry Potter). Her role was to help fight demons and help trapped spirits move beyond (Ghost Whisperer).

The book is geared more for teenagers and is set up for a sequel.

...and I'm probably gonna get her next two. Just ran out of credits. Pretty interesting to see this book after watching on YouTube. Also, that's a neat advantage to knowing what the main character actually looks likes, so it's pretty easy to imagine what's going on.

I found this book entertaining and fun. It was not ground breaking or anything, just fun.

Fantastic Suspense Read for YA

I picked this book for a gift that my niece could get into, and am now absorbed myself! Great read!

I enjoyed every minute of it! Very well read and performed. I loved it! Kept me going and wanting to get to the next chapter. Beautiful story.

it was awesome sunshine love u

Edge of your seat read

I felt engaged in the read and live with sunshine and Nolan... Recommended for teens who love suspense, problem solving thrills and some humor mixed in.