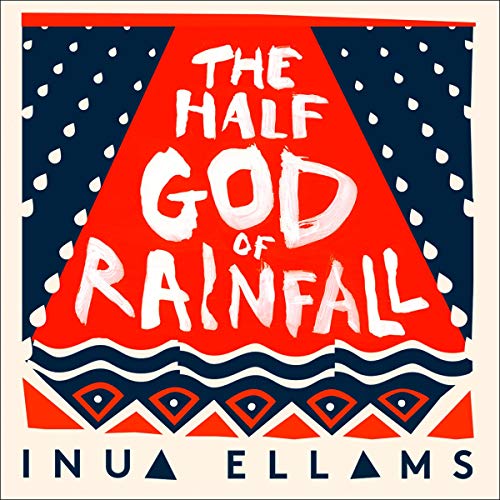 The Half-God of Rainfall

From the award-winning poet and playwright behind Barber Shop Chronicles, The Half-God of Rainfall is an epic story and a lyrical exploration of pride, power and female revenge.

There is something about the boy. When he is angry, clouds darken. When he cries, rivers burst their banks. And when he touches a basketball, deities want courtside seats. Half Nigerian mortal, half Grecian god: Demi is the Half-God of Rainfall.

His mother, Modupe, looks on with a mixture of pride and worry. From close encounters, she knows that gods are just like men: the same fragile egos, the same subsequent fury, the same sense of entitlement to the bodies of mortals. The gods will one day tire of sports fans, their fickle allegiances and their prayers to Demi.

And when that moment comes, it won’t matter how special he is. Only the women in Demi’s life, the mothers, the goddesses, will stand between him and a lightning bolt.

What listeners say about The Half-God of Rainfall

I was hooked from start to finish! The narrator is the talented poet and author of the book. I was swept by the journey from Nigeria to Olympus to America to London to space and back again. I wish I knew about this earlier so I could see the play that came after because this is definitely something that needs to be experienced.

Extraordinary story telling beautifully narrated by Inua Ellams. So good I have to listen to it twice. Thank you