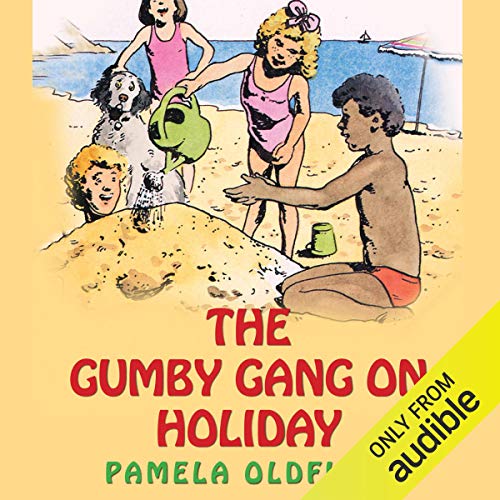 The Gumby Gang on Holiday

Steve, Debbie, Howie and Bet, alias the Gumby Gang, have a real talent for getting into trouble. When they set off to spend a week with Steve's Gran in Winchingsea, their problems begin almost as soon as they board the train. They end up in the wrong carriage and only a lucky accident prevents them from ending up miles away down the coast!

On their first day in Winchingsea, the gang head for the beach, but thanks to Buster the dog's crazy antics, they soon have to beat a hasty retreat. After a week, even Steve's long-suffering Gran feels that enough is probably enough!

What listeners say about The Gumby Gang on Holiday