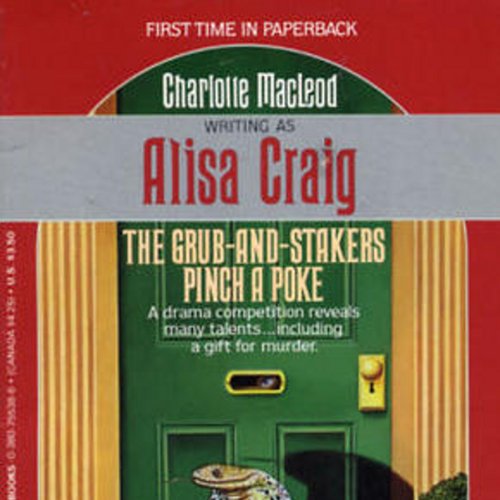 The Grub-and-Stakers Pinch a Poke

The Grub-and-Stakers Pinch a Poke

Over the The Top Silly

Would you try another book from Charlotte MacLeod and/or Lory Reyes?

I have read all the Peter Shandy books by Charlotte MacLeod, some more than once, and some of the Sarah Kelling books. This one was not in that league. I will not try another Grub-and-Stakers book nor will I select another by that narrator.

What was most disappointing about Charlotte MacLeod’s story?

I could not develop an interest in any of the many characters nor did I care about who was behind the attempts to murder. Some parts were humerous but most were just silly. I just could not get involved in much of the story.

I did not care for the narration. Her defects likely were mostly the result of the story. It would be a challenge to present all of the characters with their unusal names. She did have clear separation between the characters even when many were interacting together. I would not have made the voice selections she did for some of the characters. There were w few times when I thought that she too was not interested in the story.

Was The Grub-and-Stakers Pinch a Poke worth the listening time?

I can certainly understand that some will like the book, however it was not worth the time for me.