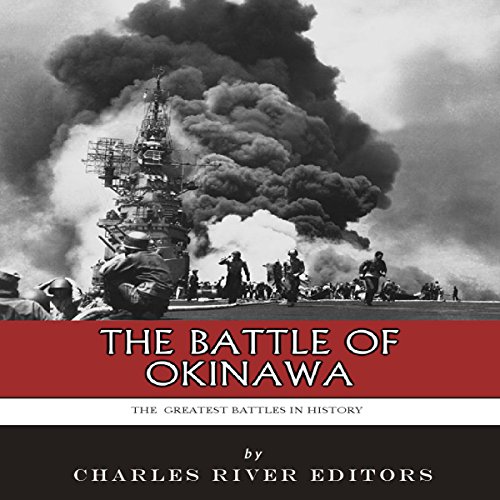 The Greatest Battles in History: The Battle of Okinawa

"If you die there will be no one left who knows the truth about the Battle of Okinawa. Bear the temporary shame but endure it. This is an order from your army Commander." (Mitsuru Ushijima to Colonel Hiromichi Yahara)

Near the end of 1944, as Allied forces were pushing across the Pacific and edging ever closer to Japan, plans were drawn up to invade the Ryuku islands, the most prominent of them being Okinawa. Military planners anticipated that an amphibious campaign would last a week, but instead of facing 60,000 Japanese defenders as estimated, there were closer to 120,000 on the island at the beginning of the campaign in April 1945. The Battle of Okinawa was the largest amphibious operation in the Pacific theater, and it would last nearly three months and wind up being the fiercest in the Pacific theater during the war, with nearly 60 thousand American casualties and over 100 thousand Japanese soldiers killed. In addition, the battle resulted in an estimated 40 thousand - 150 thousand Japanese civilian casualties.

Okinawa witnessed every conceivable horror of war both on land and at sea. American ground forces on Okinawa had to deal with bad weather (including a typhoon), antitank moats, barbed wire, mines, caves, underground tunnel networks, and fanatical Japanese soldiers who were willing to use human shields while fighting to the death. Allied naval forces supporting the amphibious invasion had to contend with Japan's notorious kamikazes, suicide pilots who terrorized sailors as they frantically tried to shoot down the Japanese planes before they could hit Allied ships. As one sailor aboard the USS Miami recalled, "They came in swarms from all directions. The barrels of our ship's guns got so hot we had to use fire hoses to cool them down."

What listeners say about The Greatest Battles in History: The Battle of Okinawa