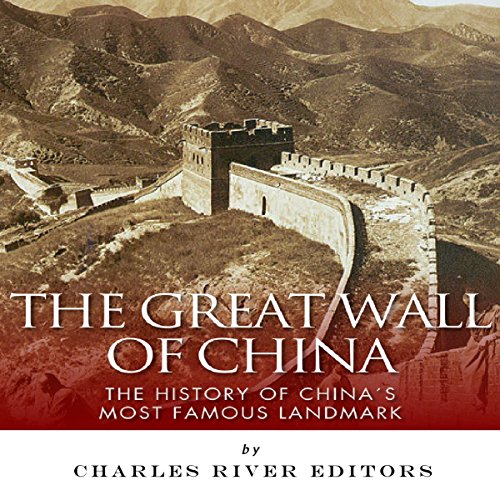 The Great Wall of China

The Great Wall of China is perhaps the wonder of the world that has most captured the human imagination, and as the quotes about it indicate, the wall has acquired special significance even outside of China. The places and ways in which it has taken hold vary greatly, but one thing is certain: The Great Wall of China is as amazing as it is mysterious, and it's as mundane as it is magical.

Naturally the Wall has become the most recognizable symbol of China, used for both aggrandizement and criticism. Nationalists see it as a symbol of China's peaceful nature, engineering capability, and historic longevity while detractors see the wall as the embodiment of China's backwardness, closed-mindedness, and hubris. While history allots arguments for the claims of each side, both of them are colored by Great Wall mythology and current geopolitical concerns. Though the wall can symbolize all of these things about China, it is important to remember that the many long walls, upon some of which the current landmark was constructed, were put up by specific people for specific purposes.

The first step to a more accurate conception of the wall is getting a better understanding of its name because "The Great Wall of China" is a misleading label. More accurately it may be called the "Great Walls of China," for several dynasties beginning early in Chinese history built fortifications of some kind, usually to the north. These constructions were alternately expanded, connected, dismantled, or neglected depending on the circumstances and preferences of those in charge.

What listeners say about The Great Wall of China

I'd probably prefer the text,

Realising I didn't know all that much about the Great Wall on the morning I was due to visit, I found this short book, just the right length to listen to on the bus journey from central Beijing to the wall.

The content was interesting and seemed to be well researched. However the narration was a bit of a let down. While there's nothing wrong with Violet Meadow's voice her pronunciation, even of quite a few English words, was often off and her spoken rhythm made it sound like she recorded the first half of sentences separately from the second half. I don't know whether those are faults or the narrator or the editor but they distract from the content. In hindsight I'd have preferred to have read the text myself.

An Hour of My Life Lost Forever!

Firstly, I am not criticising the actual book. I think it was quite a decent book on The Great Wall and on Chinese history in general. It was the narration that completely ruined it for me, and stopped me from absorbing the valuable information. She would splutter out a few words, then there would be a significant pause, followed by a few more words. Sometimes the pauses seemed to be when she encountered an unfamiliar word and she took time to sound it out, generally mispronouncing it in the process. More often the pauses seemed to come at random, and bore no relation to the structure or meaning of the sentence. Consequently it was very difficult to understand, and very unpleasant to listen to. My advice would be to buy the book and steer well clear of the audible version.

audio sounds,artificial many mispronounced words not interesting script. seems to be missing some key history

Not a great history

Imagine someone reading a textbook to you in their second language. Now imagine that is recorded, poorly edited, and you just paid to listen to it.

The story is alright. The facts are all there and I did add to my knowledge of the wall. However, there is a lack of a narrative. This work reads like a set of events and dates listed in a textbook. The insights at the end seem crudely juxtaposed and have all the revelations of a high school history paper.

The narration made it very difficult to listen. This may mostly be the fault of the editor. The woman reading has a pleasant and clear voice, but there are hundreds of constant and unpredictable pauses in her speech. These were so prominent that my mind frequently had a hard time forming sentence structure while listening to this. The narrator pauses before saying difficult words, tunes out midsentence, and generally seems like she is reading through the book for the first time and having a difficult time with it. Her inflection is completely unpredictable.

Confounding this, the recording often repeats sentences or paragraphs. I found myself checking my phone constantly to make sure the player wasn't glitching. It's as if the editor never gave the completed final product a listen.

The Great Wall of China

This book is informative, interesting and is not to much information. The book is good for a introduction to history about the Great Wall of China

I couldn’t finish. It was too horrible to listen to.
Too many mistakes. Please improve!