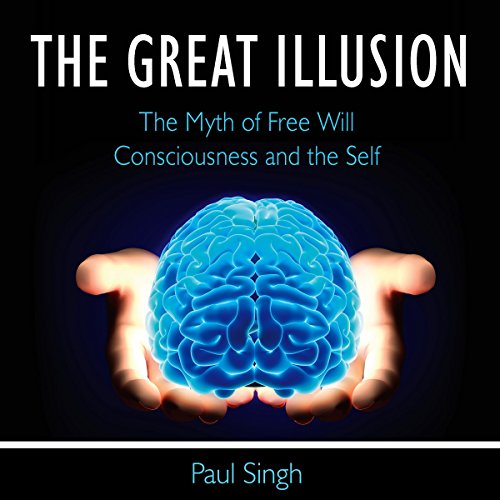 The Great Illusion: The Myth of Free Will, Consciousness, and the Self

The Great Illusion: The Myth of Free Will, Consciousness, and the Self

What listeners say about The Great Illusion: The Myth of Free Will, Consciousness, and the Self

I’ve never listened to anything this bad!

I’ve been listening to Audible for eight happy years and confess that I’ve not previously written a review. However I felt compelled to warn listeners away from this recording. I found myself outraged by the claims of the author, belittling “short sighted” and “naive” people who believe in things such as religion and the afterlife, and instead proposing an agenda of “there’s no such thing as free will” simply because no-one has proven it exists. Utter waffle proposed by a snake oil salesman trying to sell a book that contains no useful thoughts or insight. Avoid. The recording is made even worse by the android like voice of the narrator.

The author builds straw men arguments and tackles them passionately. The author assumes naturalism to prove free will doesn't exist, rather than showing evidence that naturalism is sufficient to explain human actions. I'm guessing there are well-written books arguing against free will, but this isn't one of them.

best book I've ever heard you have to own this