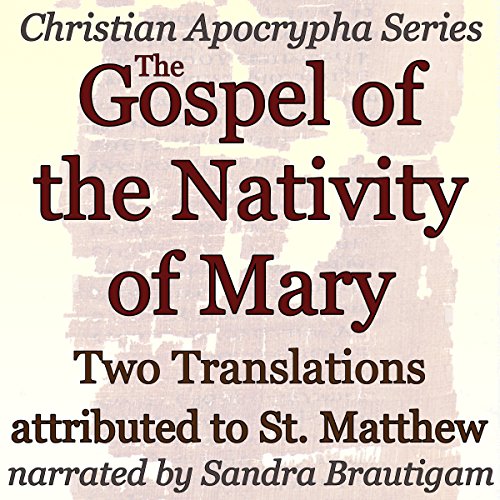 The Gospel of the Nativity of Mary

By: St. Matthew
Narrated by: Sandra Brautigam
Try for £0.00

The Apocrypha are a loosely knit series of books, written by early vanguards of Christianity, a large majority of which were removed from the Bible by Emperor Constantine, following the meeting of the Council of Nicaea, in AD 325. The Gospel of the Nativity of Mary, however, dates to the seventh century, and is part of a genre of biblical writings known as the Infancy Gospels. This particular piece offers details into the birth and life of the Virgin Mary up to the birth of Christ. Here are two separate translations, from the original Greek.

What listeners say about The Gospel of the Nativity of Mary