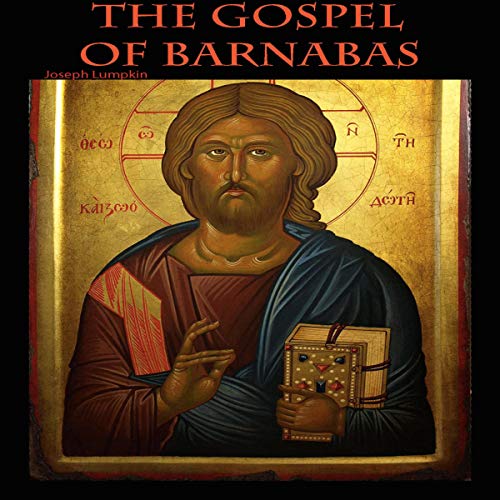 The Gospel of Barnabas

By: Joseph Lumpkin
Narrated by: Dennis Logan
Try for £0.00

The Gospel of Barnabas depicts the life of Jesus, claiming to be by Jesus' disciple, Barnabas. Two manuscripts are known to have existed, both dated to the late 16th century and written, respectively, in Italian and Spanish. The Spanish manuscript is now lost. The text now only exists in a partial 18th-century transcript. The Gospel of Barnabas in the Italian manuscript has 222 chapters, which makes it longer than the four biblical gospels put together. The majority of the book is devoted to an account of Jesus' ministry. Much of it harmonized well with gospel accounts, but there is divergence, which is similar to the Islamic interpretation of Christian origins and contradicts the New Testament teachings. The Gospel of Barnabas was relatively unknown until recently, when Muslims began publishing the text claiming it was the oldest or most authentic gospel.

It is anti-Pauline and anti-Trinitarian. Jesus is described as a prophet and not the son of God. Paul is called "the deceived". The Gospel states that Jesus escaped crucifixion by being raised alive to heaven while Judas Iscariot, the traitor, was crucified in his place. The belief that Jesus is a prophet of God and was raised alive without being crucified conforms to Islamic teachings in which Jesus is a major prophet and did not die on the cross, but was taken alive by angels to God (Allah).

What listeners say about The Gospel of Barnabas

Though I know that this Gospel as a whole may not be true, I have to admit the read was good. It fills in the gaps of the widely accepted Gospels. I also believe that the choice of narrator was genius because he matched the tone of the seriousness of this Gospel. I hope one day somebody can retrieve the real copy of the Gospel Of Barnabas.