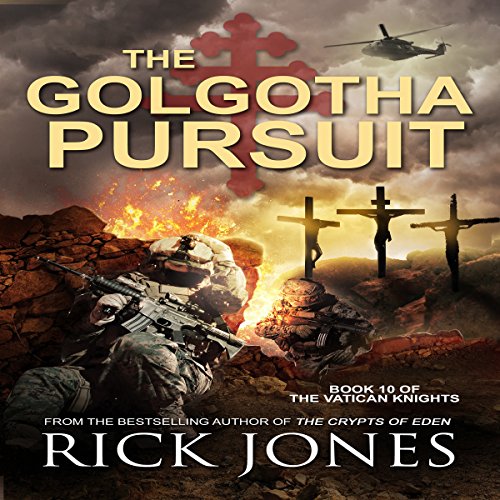 After the march on the Vatican by the Islamic State, the radical group begins its push deeper into the European and American Fronts. But when the True Cross - the wooden remnants of the cross Jesus was crucified upon and the holiest of all relics - is stolen from the Church of the Holy Sepulchre by the Islamic State, it becomes clear that the relic is to be bartered to an arms dealer for weapons so devastating that Europe and the United States could be rocked to their very foundations. So when the Vatican Knights are called to retrieve the artifact before the weapons' exchange can take place, the team quickly finds itself up against an elite paramilitary group. But can the Vatican Knights retrieve the True Cross in time and return it to the vault above Golgotha Hill? Or will the Islamic State finally get a stranglehold on the American and European states.... and bring the continents to their knees?

Series is great and well written.

The narration is well done but parts with accents should not be attempted in the future with all English voices sounding like something out of Mary Poppins. Female parts sound like little girls that are all about to burst into tears with warbles. Sorry