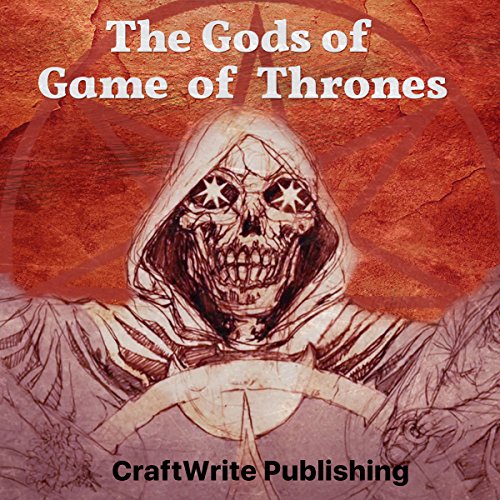 The Gods of Game of Thrones

Full of daring theories and fascinating tales from the world of Ice and Fire, The Gods of Game of Thrones: A Critical Look is a thorough examination of the deities and demigods of Westeros and Essos. While HBO’s blockbuster has omitted many intricacies of religious affiliations in A Song of Ice and Fire, this audiobook will delve deep into the story woven by George R.R. Martin to explore the many facets of religion in Game of Thrones. Is there only one God or many? Is magic real or just a shadow of religion? Are prophecies a lie or do they come from the gods in some ethereal plane, positioning their pieces to vie for supremacy? And what makes one think that these are truly gods to be worshiped, and not demons to be feared?

A perfect gift for fans of the TV show as well as the book series, The Gods of Game of Thrones: A Critical Look serves as both an introduction and an accompaniment to the existing media. If you want to find out how the world of Ice and Fire came to be, or what might happen next, this is the place to be!

What listeners say about The Gods of Game of Thrones

just some guy babbling on about the things that were already talked about in the books and show, no new and interesting information, just compilation of recap about what we know of the goods in GOT.

A mashed resumé of TV and book

Not worth, find better summation for free online. Narration fine.
Mixes between information from book and TV series,and does not point out from which media the information is based on..

This book is somewhat a summary of the events of game of thrones. There is no new additional information or speculation. There is little to no details on the Gods themselves. I would not recommend purchasing this book its pretty much worthless.

doesn't give descriptions of religions. only gives characters interactions with them that we've already seen

The book doesn’t talk so much about the Gods in The Game of Thrones, but more about the followers and their deeds.

Concise, well-written background and analysis of a key GOT subject. Enjoyed listening to this audiobook.

If you like backstories then you will definitely enjoy it. Gives good explanation of the gods of the World of Ice and Fire.