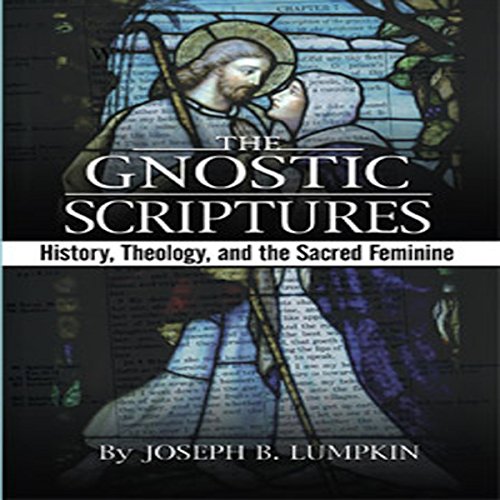 The Gnostic Scriptures: History, Theology, and the Sacred Feminine

The Gnostic Scriptures: History, Theology, and the Sacred Feminine

The evolution of the Sacred Worship of Sophia, Mary Magdalene, and Mother Mary are traced through the Gnostic Scriptures of:

Sophia spoke: "I entered into the midst of the cage which is the prison of the body. And I spoke saying: 'He who hears, let him awake from his deep sleep.' Then Adam wept and shed tears. After he wiped away his bitter tears he asked: 'Who called my name, and from where has this hope arose in me even while I am in the chains of this prison?' And I (Sophia) answered: 'I am the one who carries the pure light; I am the thought of the undefiled spirit. Arise, remember, and follow your origin, which is I, and beware of the deep sleep.'"

Sophia would come to be considered a force or conduit of the Holy Spirit, in part due to the fact that the Holy Spirit was also considered a feminine and creative force from the Supreme God. The Gospel of Philip echoes this theology in verse six as follows: "In the days when we were Hebrews we were made orphans, having only our Mother. Yet when we believed in the Messiah (and became the ones of Christ), the Mother and Father both came to us."

As the emerging orthodox church became more and more oppressive to women, later even labeling them "occasions of sin", the Gnostics countered by raising women to equal status with men, saying Sophia was, in a sense, the handmaiden or wife of the Supreme God, making the soul of Adam her spiritual offspring.

Jesus said: "If those who lead you say to you: Look, the Kingdom is in the sky, then the birds of the sky would enter before you. If they say to you: It is in the sea, then the fish of the sea would enter ahead you. But the Kingdom of God exists within you and it exists outside of you. Those who come to know (recognize) themselves will find it, and when you come to know yourselves you will become known and you will realize that you are the children of the Living Father. Yet if you do not come to know yourselves then you will dwell in poverty and it will be you who are that poverty."

However the narration is terrible!! It sounds like a computer voice, inflections all over the place..very hard to listen to. I don't think I'll actually finish it, and will read it instead.

Slow read but worth every moment. well worth the time and effort!!! Highly Recommended Book