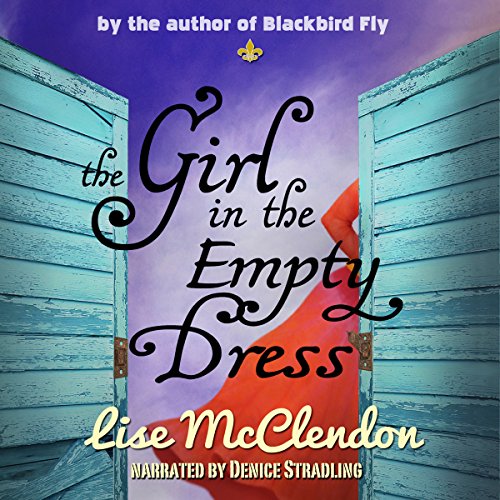 The Girl in the Empty Dress

By: Lise McClendon
Narrated by: Denice Stradling
Try for £0.00

Merle Bennett is turning 50, and her four sisters are helping her celebrate by going to France on a walking tour of the Dordogne. But one sister invites along a law colleague whose annoying ways upset what Merle had hoped would be just "wine, women, and walking". When Gillian Sargent, the sixth wheel, finds an injured dog beside the road, the idyllic summer vacation takes a dark and dangerous turn. Why is the dog special? Who is after her? And what will they do to get the dog back?

Truffles, wine, romance, and intrigue in the heart of France.

All five Bennett sisters are lawyers. One is writing a blog about their trip, baring family details. As the intrigue heats up, one of Merle's boyfriends shows up from New York while her French boyfriend arrives unexpectedly. The delicate karma of sisterhood is rife with bickering, tears, and French law as the questions about Gillian Sargent pile up. Who exactly is she? What is she hiding? And where the hell has she gone with the dog?

Do you love women's suspense? Are you a not-so-secret lover of all things French? Come along on a trip to France with the Bennett sisters.

What listeners say about The Girl in the Empty Dress

The five Bennett sisters, New York lawyers all, are on vacation in France. Using Merle's house in the Dordogne region in southwest France as their base, they're doing walking tours to see the beautiful landscape. Unfortunately, from the viewpoint of most of them, one of the sisters, Francie, has brought along a friend from the law firm where she works, Gillian Sargent. And Gillian annoys everyone, including, it seems, Francie.

Then Gillian finds an injured dog, a small, fluffy, sweet dog with no ID. Gillian is determined to rescue and care for this dog. When he meets her, so is Merle's teenage son, Tristan. It gets more disturbing when the veterinarian they take the dog to tells them that the injury is due to, not a bullet as he originally thought, but the rough, amateur removal of a microchip. This dog was apparently stolen, and then escaped.

What follows is the tale of, on the one hand, the thieves hunting the dog so that they can collect their pay from their employer, conflicts among the women, Merle reuniting with her lover, Pascal, from last summer while coping with the uninvited arrival of her American boyfriend, James Silvers III, Gillian taking off with the dog leaving a note saying she's "keeping her safe"....

Oh, and Gillian steals their rental car to make off with the dog. Someone kidnaps Francie, with a ransom demand for the dog, which the thieves assume Merle has...

It's crazy, and yet real and dangerous.

Initially, I found all the women hard to warm up to. As the story continued, with Merle as the main viewpoint character, I grew to like her and, slowly, her sisters. Of her two boyfriends, Pascal is the clear keeper, if Merle wants to make a permanent commitment. (She may not.)

It's interesting, engaging, not going to be a favorite of mine, but I bet it will be for some readers. There's nothing weak or sloppy about the writing; these characters were just hard for me to warm up to, and not because of McClendon's writing, just because of what she wrote.

Oh, very important note: The dog does not die.

The narrator for this book appears to be on a speed reading kick so much so that is did not enjoy this at all and gave up less than half way through. I’m sure it’s a good story . . . perhaps I will find it on kindle and read it.

This is a great book; it is the second book in the Bennett Sisters Series. However, it can be read as a standalone. Merle is turning fifty years old and her four sisters are helping her celebrate in France. One of the sisters Francine ends up inviting one of her colleagues Gillian. When Gillian takes a walk she ends up rescuing an injured dog. Things end up going downhill fast when Gillian and the dog disappear. Now they need to find out what has happened. This book is great it has humor, mystery and suspense. Once I started listening to it, I couldn’t put it down until I was finished. This is the first book that I have listened to/read by this author, and I can’t wait to read more. I can’t wait until the next book in the series comes out.

A Review copy was provided to me in exchange for a fair and honest review. The free book held no determination on my personal review. The narrator Denice Stradling did a fantastic job with this book, and was very easy to listen to. She did a great job with the different voices of each character in this book. It was very easy to listen to in one sitting and I didn’t want to stop listening until the end.

If you are looking for a great book with great characters then you need to listen to this book. I am looking forward to listening to the next book by this author and narrator.