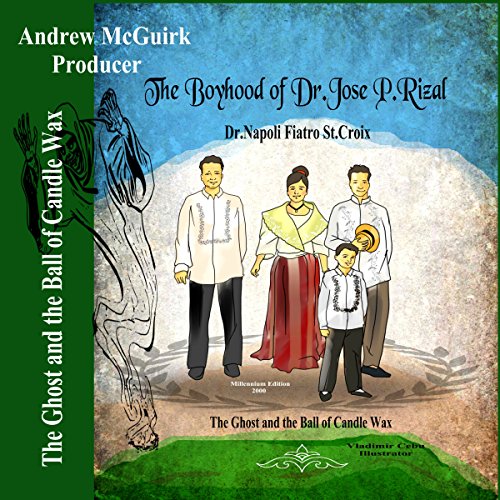 The Ghost and the Ball of Candle Wax

His family was a devotee of the Nuestra Senora de la Paz y Bien Viaje in the old Mission de la Paz. Unlike the empirical researches of Dr. Gregorio Zaide and Leon Ma. Guerrero, Dr. Napoli Fiatro St. Croix has used the data he garnered during his childhood years in Barrio de la Paz from the rag-tag stories of Lelang Toyang, the storyteller of the ages.

The Rizal's family was a devotee Nuestra Senora de la Paz y Bien Viaje in Barrio de la Paz. This storybook is the one and only anecdote of the young Rizal in Binan, Laguna Philippines, brilliantly written by Dr. Napoli Fiatro St. Croix , the son and native of Barrio de la Paz, Philippines.