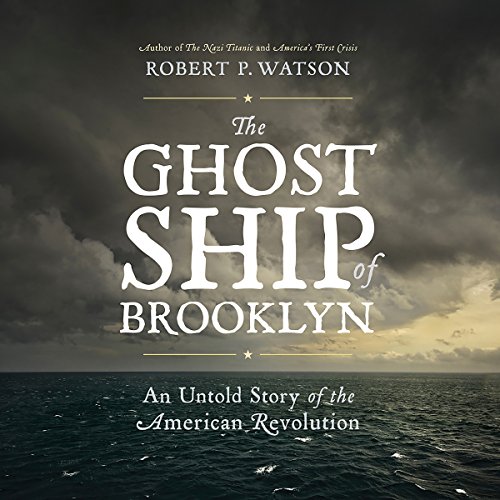 The Ghost Ship of Brooklyn

The most horrific struggle of the American Revolution occurred just 100 yards off New York, where more men died aboard a rotting prison ship than were lost to combat during the entirety of the war.

Moored off the coast of Brooklyn until the end of the war, the derelict ship, the HMS Jersey, was a living hell for thousands of Americans either captured by the British or accused of disloyalty. Crammed belowdecks - a shocking 1,000 at a time - without light or fresh air, the prisoners were scarcely fed food and water. Disease ran rampant, and human waste fouled the air as prisoners suffered mightily at the hands of brutal British and Hessian guards. Throughout the colonies, the mere mention of the ship sparked fear and loathing of British troops. It also sparked a backlash of outrage as newspapers everywhere described the horrors onboard the ghostly ship. This shocking event, much like the better-known Boston Massacre before it, ended up rallying public support for the war.

Revealing for the first time hundreds of accounts culled from old newspapers, diaries, and military reports, award-winning historian Robert P. Watson follows the lives and ordeals of the ship's few survivors to tell the astonishing story of the cursed ship that killed thousands of Americans and yet helped secure victory in the fight for independence.

" The Ghost Ship of Brooklyn brings to life the hell on water that thousands of prisoners were forced to endure during the American Revolutionary War. Through these untold stories, Robert Watson recounts the horrors inflicted aboard the HMS Jersey, remembers the courageous spirit of its captives, and ensures the memory of these American Patriots will never be forgotten." [Senator John McCain (R-AZ), former navy pilot and Vietnam POW]

What listeners say about The Ghost Ship of Brooklyn

Mr. Hess' reading is artfully done, but whomever did the mix-down failed miserably ar transitions, making obnoxious patches and incongruent comnections in the track that distract a listener. Mr. Watson is due praise for his reccunting of a horrific portion of our great nation"s history.

I feel like this could have been much shorter and still accomplished the said thing. It felt too repetitive. I enjoyed the snippets of poetry incorporated throughout.