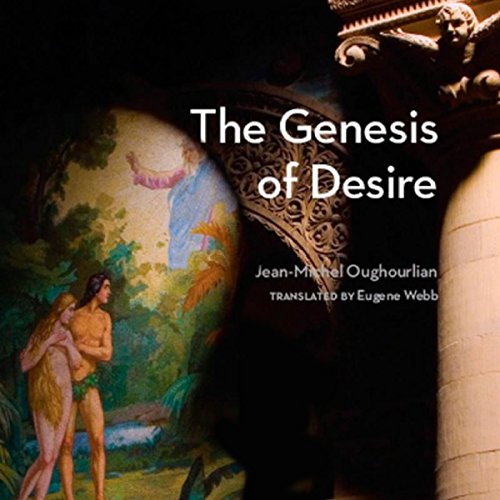 The Genesis of Desire

We seem to be abandoning the codes that told previous generations who they should love. But now that many of us are free to choose whoever we want, nothing is less certain. The proliferation of divorces and separations reveal a dynamic we would rather not see: Others sometimes reject us as passionately as we are attracted to them.

Our desire makes us sick. The throes of rivalry are at the heart of our attraction to one another. This is the central thesis of Jean-Michel Oughourlian's The Genesis of Desire, where the war of the sexes is finally given a scientific explanation. The discovery of mirror neurons corroborates his ideas, clarifying the phenomena of empathy and the mechanisms of violent reciprocity.

How can a couple be saved when they have declared war on one another? By helping them realize that desire originates not in the self, but in the other. There are strategies that can help, which Dr. Oughourlian has prescribed successfully to his patients. This work, alternating between case studies and more theoretical statements, convincingly defends the possibility that breakups need not be permanent.

What listeners say about The Genesis of Desire

Perhaps I haven't exposed myself to enough books on the subject to really substantiate that comment but the point is that this book does a good job of explaining mimesis and mimetic theory from an anthropological perspective, but from a practical I perspective in relationships I already have. I'm interested in the theological aspects of mimetic theory, in particular to affecting and effecting a theory of atonement. This book doesn't deliver directly on that subject but from a psychological, neurological and interprersonal (interdividual per the book) it succeeds.

Two technical issues I have with the book:
1) the narrator sounded more like he was just reading the script. He made it difficult to know when he was moving to another section or continuing in the current paragraph. It would have been better if he focused on crafting the shape of the written text in his delivery.

2) one could tell that this book was translated into English. Some phrases and words seemed wooden and some illustrations the author used were perhaps more sensible in French culture than American.

All-in-all I'd recommend this book to someone wanting to be informed about Rene Girard's Mimetic Theory, desire and rivalry.