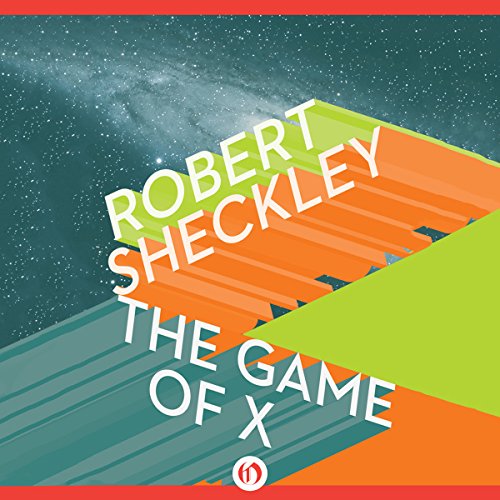 The Game of X

By: Robert Sheckley
Narrated by: Oliver Wyman
Try for £0.00

From the very beginning of his career, Robert Sheckley was recognized by fans, reviewers, and fellow authors as a master storyteller and the wittiest satirist working in the science fiction field. Rediscover - or discover for the first time - a master of science fiction who, according to the New York Times, was "a precursor to Douglas Adams".

All secret agents need to look out for William Nye, now known as Agent X. His recruitment was simple and his legend is brilliant but un-earned. Somehow, he thinks he's the best there is and we all know how pride goeth before a fall. The master of SF hilarity and biting social satire creates a spy world that has gathered praise from the greats of the genre.

What listeners say about The Game of X

An Entertaining Non-Sci/Fi Novel By Sheckley

Unlike the vast majority of Robert Sheckley's other works, this novel does not fall under the category of science fiction.

This book would better be classified as a spy novel with a sprinkling of humor (as is Sheckley's signature).

VERY different from the author's other works, but still very enjoyable.
If you are new to Sheckley, I highly recommend "The 10th Victim" or "The Status Civilization".

The Law of Attraction

Illustrates how, in the spy business, the range of things that are either brilliant or insanely stupid, depending on the assumption of good or bad faith of other parties, is practically infinite. Hence, accountability is practically impossible.

I was disappointed to find that this book is a non Sci-fi book.
It's entertaining, no doubt, but not Sci-fi