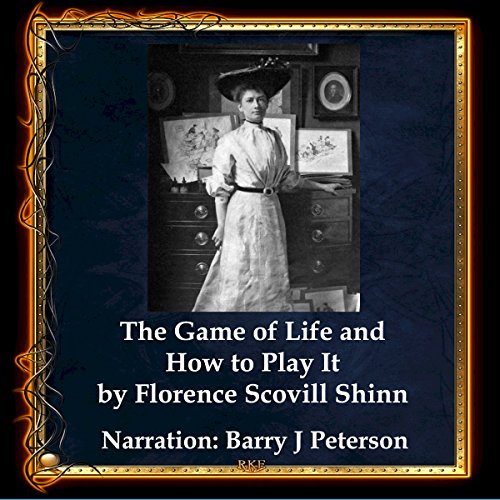 The Game of Life and How to Play It

First published in 1925, this inspirational little book has helped countless thousands achieve a sense of purpose and belonging through understanding that life is not a battle but a game of giving and receiving - that whatever we send out into the world will eventually be returned to us.

“By studying and practicing the principles laid down in this book one may find prosperity, solve problems, have better health, achieve personal relations - in a word, win the game of life.” (Dr. Norman Vincent Peale)

Most people consider life a battle, but it is not a battle, it is a game.

It is a game, however, which cannot be played successfully without the knowledge of spiritual law, and the Old and the New Testaments give the rules of the game with wonderful clearness. Jesus Christ taught that it was a great game of Giving and Receiving.

"Whatsoever a man soweth that shall he also reap." This means that whatever man sends out in word or deed, will return to him; what he gives, he will receive.

"Keep thy heart (or imagination) with all diligence, for out of it are the issues of life." (Prov. 4:23)

This means that what man images, sooner or later externalizes in his affairs. I know of a man who feared a certain disease. It was a very rare disease and difficult to get, but he pictured it continually and read about it until it manifested in his body, and he died, the victim of distorted imagination.

Short and straight to the point. Easy clear language without unnecessary filling. Great for self affirmation to keep the desired state unshaven.

The message is great, the narrator not so much

I loved the message. The power of positive thinking can change your life

What didn’t you like about Barry J. Peterson’s performance?

He didn't narrate the story with much feeling or nuance in his voice and sometimes he didn't even pause between ideas. He just ran one sentence into another.

Was The Game of Life and How to Play It worth the listening time?