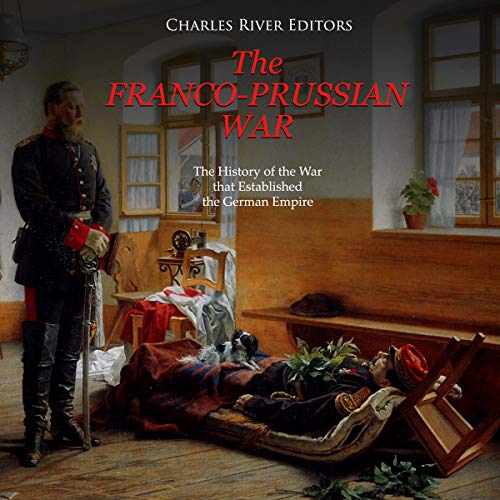 The Franco-Prussian War: The History of the War that Established the German Empire

The Franco-Prussian War: The History of the War that Established the German Empire

After Prussia was victorious in the Austro-Prussian War, Bismarck played a waiting game where the unification of Germany was concerned, as the joining of the southern states - initially resistant to Prussian rule, friendly with Austria, and bent on independence - would have to be overcome. What was needed was “a clear case of French aggression” toward either Prussia or the southern states. Not only would such a move by Emperor Napoleon III trigger the terms of the treaty between the German states, but it would keep the remaining world powers out of the conflict.

The Franco-Prussian War started in August 1870, and a number of victories followed for the Prussians in battles in northeast France. By September, the strategic city of Metz was under siege, and forces fought a major battle at Sedan. Led by Field Marshal Helmuth von Moltke, the Prussians forced the French to surrender at Metz, and then at Sedan. Emperor Napoleon III, commanding his country’s forces at Sedan, was taken prisoner, humiliating France and its impetuous leader.

The Prussians immediately marched on Paris, but the capital refused to submit, and a separate siege was mounted that ended up lasting 130 days. Obviously, French society was in tumult, but a Third Republic and Government of National Defence was pronounced in place of the French Empire. An uprising subsequently took place in the stricken city, dubbed the "Paris Commune", which sought to establish a radical alternative to the status quo and was itself put down by French troops.
Prussian forces besieged Paris starting in September 1870, and although French units attempted to make inroads at battles in the north and east of the country, the Prussians were in comfortable control of the conflict. Food was becoming scarce, and an armistice was signed on January 26, 1871 with Paris on the brink of starvation. The Prussians lost 45,000 men during the conflict, while France suffered almost three times as many dead and wounded.

On January 18, 1871, King Wilhelm I was crowned Kaiser of the German Empire, and though the Franco-Prussian War was still taking place, this moment was essentially the point at which Germany was unified. German unification was the territorial expansion of Prussia by another name, but Berlin demonstrated it could protect the interests, or at least the safety, of German-speakers under their watch.

Despite the campaigns of nationalists and liberals over the previous decades, it was ultimately a victory on the battlefield that united the German states. This was the real-world application of Bismarck’s "Blood and Iron" concept. From this position of strength during war, Prussia achieved an unassailable position. During the relatively short wars of 1864, 1866, and 1870-71, Bismarck roused nationalist sentiment, and in so doing, he achieved the long awaited goal of German unification.