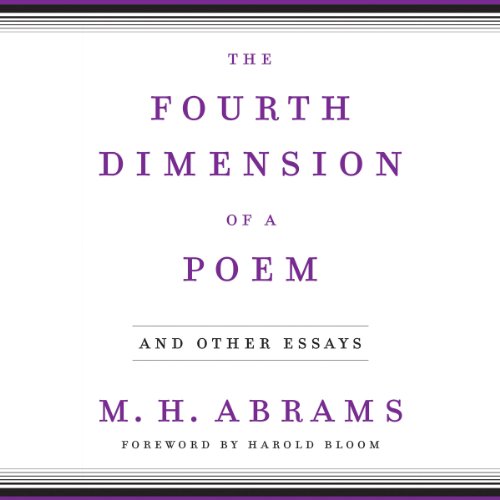 The Fourth Dimension of a Poem

The Fourth Dimension of a Poem

A new collection of essays by the legendary literary scholar and critic.

In the year of his 100th birthday, preeminent literary critic, scholar, and teacher M. H. Abrams brings us a collection of nine new and recent essays that challenge the reader to think about poetry in new ways. In these essays, three of them never before published, Abrams engages afresh with pivotal figures in intellectual and literary history, among them Kant, Keats, and Hazlitt. The centerpiece of the volume is Abrams’s eloquent and incisive essay "The Fourth Dimension of a Poem" on the pleasure of reading poems aloud, accompanied by online recordings of Abrams’s revelatory readings of poems such as William Wordsworth’s "Surprised by Joy", Alfred Tennyson’s "Here Sleeps the Crimson Petal",” and Ernest Dowson’s "Cynara". The collection begins with a foreword by Abrams’ former student Harold Bloom.