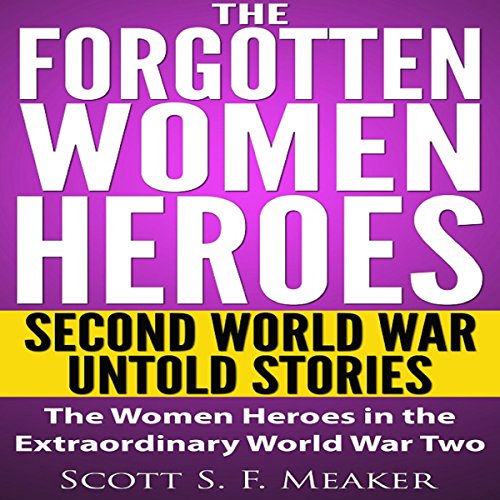 This is a short collection of untold stories about the women heroes in the extraordinary World War Two.

These women have been footnotes in history, and at least one of them was a model for women in James Bond books and movies. The women, however, have remained in the shadows of the stories of the Second World War. These women fade into history even though their actions were crucial in changing the outcome of the war.

This book is an effort to remember these forgotten women and remove the shrouds from the memory of these amazing and courageous women.

What listeners say about The Forgotten Women Heroes

What made the experience of listening to The Forgotten Women Heroes the most enjoyable?

What other book might you compare The Forgotten Women Heroes to and why?

Not off the top of my head (belated review).

They are interesting stories of fascinating women, but there's something off about the telling. Can't put a finger on it, but it felt a little too novelized, maybe?