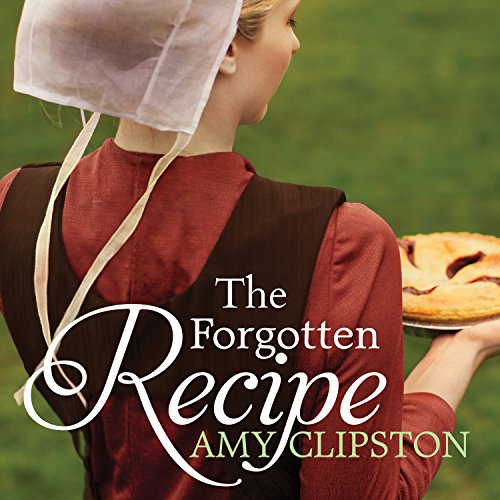 Veronica Fisher is devastated when her fiancé, Seth, is killed in an accident at work. Seth's friend, Jason Huyard, was with him and blames himself for Seth's death. Although Jason has never met Veronica, he feels as if he knows her because Seth talked about her constantly. After the accident, he can't seem to get Veronica out of his mind.

Two months later, Veronica is cleaning the attic and comes across her mother's old hope chest. She finds an old recipe and soon discovers that baking helps her cope with her grief, so she opens a bake stand to sell her pies. Jason starts visiting the stand weekly, and their friendship grows, but Veronica isn't ready to court again. And Jason harbors his secret regret of not being able to save Seth.

Veronica's mother must convince her that she can't completely give up on love. But when the truth is revealed, can Veronica forgive Jason for not telling her that he was there on that fateful day?

What listeners say about The Forgotten Recipe

great plot, but very painful and boring with this narrator. I have read other books by the author. but I will avoid this reader.

The plot was great. I felt the number of times Jason agonized over telling Veronica about Seth grew a bit tiresome. Mrs. Clipston is one of my favorite Amish authors and I'm looking forward to the rest of the series. The narrator was distracting and mediocre.

another great read from Amy Clipson

this is another must read. I could not stop listening.
such wonderful touching story.

The story line is such a warm book but the reader was dry. Not much emotion & flat. “See dong run” type of emotion

The narrator should learn to pronounce Pennsylvania Dutch appropriately. It was distracting to say the least. Otherwise, I enjoyed the story.

Loved it! Hard to put down. Another great book by Amy Clipston, ready to grab another.

Both sides are understandable.

I almost know nothing about Amish. What I learned from this book is that they are just ordinary people. I thought they were more advanced in psychological, mental, spiritual ways but they were just people, after all. Support from family, friends and neighbors are very precious and wonderful especially when you are grieving deeply. But sometimes it is OK and good to just leave someone alone for some time, I think.
Veronica's reluctance to move forward from her loss and Jason's fear to tell Veronica about his relationship with Seth were both very understandable. This book also told me that delaying something you don't want to do won't help anything, just making things worse and more complicated.
Ms. Cooney's performance leaves so much to be improved but is it possible? It is not my business to say but something is completely lacking in her narrating, her tone is so flat and unemotional. But for Jason and Veronica's mother, her quiet performance wasn't that bad. That's why I rated as 2 stars.

pronunciation was terrible. story seemed to drag. it could have been wrapped up sooner or had more content. one or the other. have listened to a lot of amish books and this narrator really killed some of the words.

The characters were boring and the ending was anticlimactic. I agree with everyone that the narrator was flat and even the voice on the intro and outro was robotic.

This one to read

The person reading is so difficult to listen to! The pacing and just the style it is read in makes it unbearable! Definitely a book to just borrow from the library to read myself and not an audiobook.