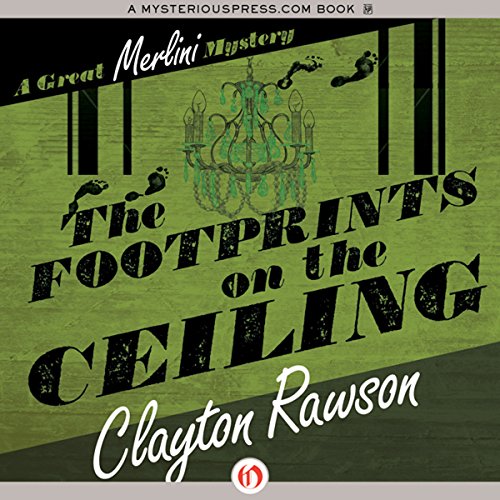 The Footprints on the Ceiling

The Footprints on the Ceiling

“Wanted To Rent: Haunted House, preferably in rundown condition. Must be adequately supplied with interesting ghost.” Ross Harte knows that only the Great Merlini could be behind such a strange classified ad. A magician, salesman, and occasional sleuth, Merlini is producing radio investigations of paranormal activity, and he needs ghosts to put on-air. His first target is Skelton Island, an eerie speck of land just a few hundred feet off the coast of Manhattan, but seemingly out of another time. On a late-night trip to the island, Merlini and Harte find the house perfectly rundown and well-stocked with ghosts, including one fresh one. Linda Skelton, granddaughter of the famous Scourge of Wall Street, has been poisoned with cyanide. Unless Merlini works quickly, he and Ross will join her among the ranks of Skelton Island’s famous spirits.