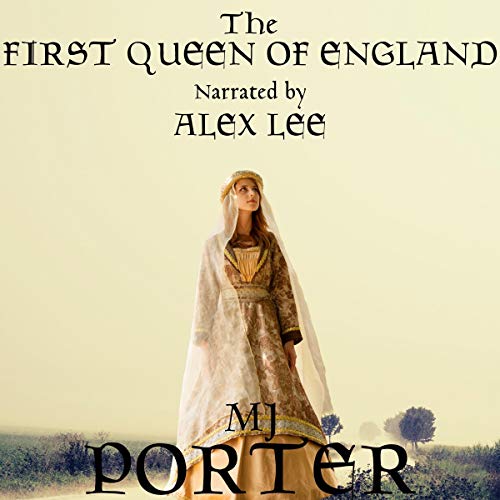 The First Queen of England

Before Anne Boleyn stole the heart of a king and demanded marriage, another woman strove to wed an already-married King of England. This is the story of Elfrida, who would become the first crowned Queen of England.

England is united under Edgar, but 20 years of uncertainty and a dwindling royal nursery have left the royal family vulnerable to extinction. Edgar, a king at only 15 years old, has an acknowledged daughter and wife, but the dying Ealdorman, Aethelwald, has commanded his wife to seek out the King, now in his early 20s.

True to her husband's wishes, Elfrida pursues the king, nervous of her husband's intentions, but trusting them all the same. When the king tries to make her his concubine, Elfrida refuses and withdraws from the court, only to find herself dreaming of the king, desiring his touch and his presence.

When the king seeks her out once more, she willingly follows him back to his court and finds herself plunged into a world of politics and self-interest where her future happiness rests not only on the king loving her but also on the goodwill of others with much to play for at the king's court.

Bringing alive the characters of 10th-century England: its young king, Edgar; its ealdormen, Brythnoth, Æthelwine, and Úlfhere; the great reforming religious figures of Archbishop Dunstan, Bishop Æthelwold and Oswald and the great women of the period, Lady Elfrida, Lady Æthelflaed and Lady Wulfthryn, The First Queen of England evokes 10th-century England at its most enigmatic, shining a welcome light on England's first crowned queen, a woman who would go on to accomplish much, but who must first steal the heart of an amorous king and earn her place at court, and overcome the obstacle of the outcome of not only the king's second marriage, but also his first.

What listeners say about The First Queen of England

It was a good read and a little distraction