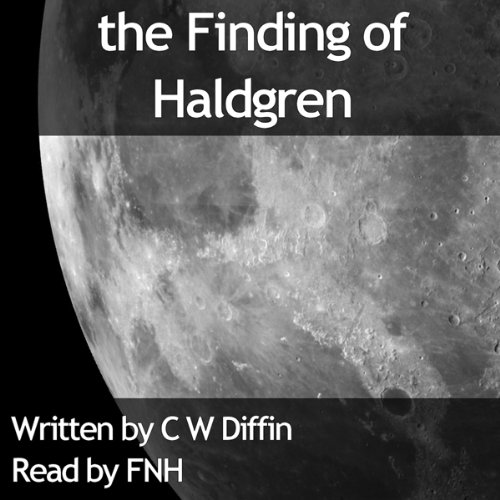 Chet Bullard is a hero, he has just saved the entire world from the Dark Moon, saved the world from destruction. Rightly the powers that be wish to present him with honours, including being the first man in space.

A huge ceremony is arranged, the entire grateful world watches the stage. But what is this, Chet refuses the honour, he says he's not the first man in space! He says Haldgren was the first!

That's how the story starts. A genuine hero rejects the honour bestowed on him and within a heartbeat is turned from hero to criminal! The powers-that-be will not be rejected and the chase is on. Chet has to escape the officials of Earth and mount a rescue mission to find and retrieve the missing Haldgren.

This is a classic sci fi tale from the golden age of sci fi. The heros are heroic and the villains nasty and evil. This story encompasses all of the tropes of golden age the of sci fi, heros, villains, space ships, aliens and of course a damsel in distress.

What listeners say about The Finding of Haldgren

kind of an old pulp style, Burroughs fantasy that's just too full of ridiculousness to take seriously or to overlook and enjoy.

What can I say? I didn't think it was a very good story or narration. Maybe I'm just picky.