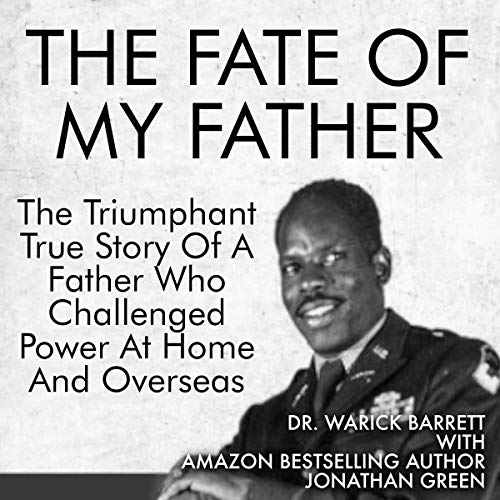 The Fate of My Father

Years after I was born, years after the war, my father told my mother that if he had been born just 20 years later, he could have done more with his life.

Thinking about it makes me laugh, because my father ended his life as a member of the Retired Officers Association, Phi Delta Kappa, and Omega Psi Phi. He served on the board of the United Way, the City Hospital, the local YMCA, NAACP, and the Urban League. He was an outstanding prospect as a high school gridder and became a college and high school licensed football, basketball, and softball official in Ohio and Indiana.

And by the time he was finished with his extensive military career, he had the first and second common infantryman's badges, an Army Commendation Medal, a Bronze Star, and a Purple Heart. When he started his career, achieving these could have been considered impossible. But through grit, determination, faith - and more than a little clever thinking - he fought his way through both World War 2 and the Korean War, where he fought with a unit so bold and aggressive they were called the "Tropic Lightning"!

There were two Americas back then, and this is the story of a man who found victory in both. He fought against the tide of history, and even when the opportunities weren’t there, he made his own.

When you listen to Fate of My Father, you'll look through a window into some of history's biggest stories and discover the little edges, the amazing corners that the history books can never tell you. Most importantly, you'll see it through the eyes of my hero, a man who isn't just remembered for being great, but for being good - a warm mentor, a kind husband, and a loving father.

I don't want people just to remember Ross Paige Barrett the hero. I want them to remember the man, because the code that he lived by – of honoring the people before you, of showing respect to people even when they couldn't help you in return, a curiosity to learn and teach and grow – is an inspiration to everyone looking to carve out a place in this world, no matter their nationality or skin color.

Here's what this book isn't – it's not longwinded or pretentious. It isn't bitter, cynical, or destructive. War is hell, and I talk about what he experienced in honest terms, but I don't speak to tear down institutions or people. It sure as hell isn't boring. Leave your time with me with an unstoppable determination to do what's right, and do what's great - just like my father did. Read his thrilling, inspiring story today.

What listeners say about The Fate of My Father

I enjoyed every bit of this book. I listened to it from beginning to the end in one sitting. It’s a power packed story of the life of Dr Barrett’s father, full of motivation and inspiration and more so because of all the odds and challenges he had to overcome every step of the way. By sheer determination, discipline, perseverance, endurance and hard work, this man achieved several great feats that were almost impossible for the time he lived!