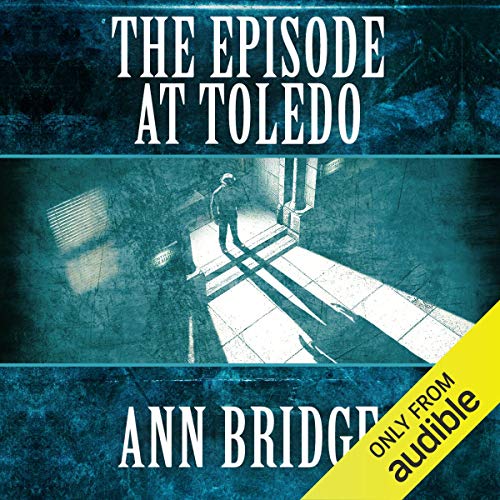 The Episode at Toledo

The Episode at Toledo

Listeners of The Portuguese Escape will remember Hetta Páloczy, the young Hungarian girl who eventually marries Richard Atherley of the British Diplomatic Service. The Episode at Toledo takes us to Spain, not only to the world of Embassies, Military Intelligence, and Cold War intrigue, but into a little-known area of Spanish life.

Here Hetta accidentally uncovers a Communist plot to assassinate an American Admiral during his visit to inspect a NATO base; a marked woman once more, she takes refuge in Portugal in the baroque palace of Gralheira. But again, among the tranquil scenes of Portuguese harvest-time and vintage, peril lurks; an attempt is made on her own life, and another on her return to Madrid. After this, at her husband's insistence, she is sent with her unborn child to the Western Highlands of Scotland, to stay under the auspices of her old friend Julia Probyn, a familiar figure from several previous books. In this one, however, the accent is mainly on Hetta Atherley, who from the ignorant, difficult little refugee has blossomed into an accomplished and delightful woman.

Ann Bridge (1889-1974), or Lady Mary Dolling (Sanders) O'Malley was born in Hertfordshire. Bridge's novels concern her experiences of the British Foreign Office community in Peking in China, where she lived for two years with her diplomat husband. Her novels combine courtship plots with vividly-realized settings and demure social satire. Bridge went on to write novels around a serious investigation of modern historical developments. In the 1970s Bridge began to write thrillers centered on a female amateur detective, Julia Probyn, as well writing travel books and family memoirs. Her books were praised for their faithful representation of foreign countries which was down to personal experience and thorough research.

Like all Ann Bridge’s books, this one is filled with insights on other cultures, geographic and natural features and personalities. A delightful read and re-read