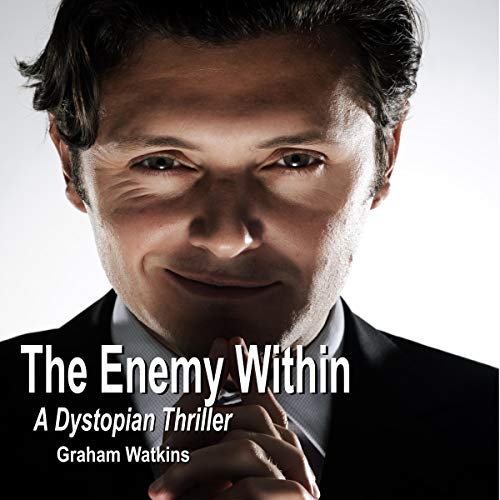 The Enemy Within: A Dystopian Thriller

Simon Reece's life changes when his parents are killed in a car crash and he opens a old suitcase containing a dark secret. It leads to a story of arson and murder. Simon's journey through this dystopian crime thriller, searching to find his identity, draws him into a world of lies, danger, and murder. This is a world controlled by evil policemen, corrupt politicians, and all-seeing computers - a world where fiction and science come together, of suspense and action where vulnerable citizens are mere pawns in a terrible experiment.

As Simon Reece fights to expose the truth, he faces mortal challenges, deadly enemies who will stop at nothing, and a state which will do everything in its power to destroy him. Reece's quest is a story of Orwellian madness writ large in the 21st Century.

What listeners say about The Enemy Within: A Dystopian Thriller