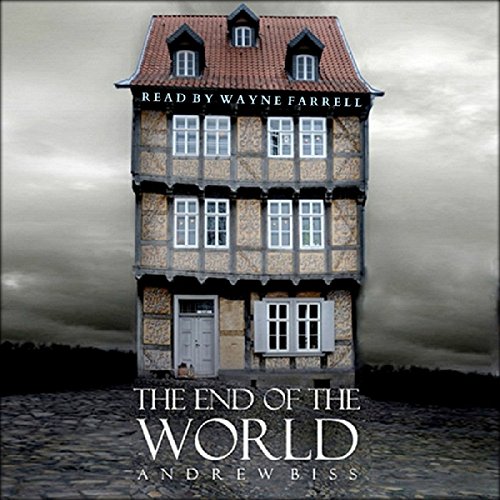 The End of the World

Are you ready for what comes next?

Accustomed to a life of cosseted seclusion at home with his parents, Valentine is suddenly faced with making his own way in the world. His new life is quickly upended, however, when he's mugged at gunpoint. Finding shelter at a mysterious inn run by the dour Mrs. Anna, he soon encounters a Bosnian woman with a hole where her stomach used to be, an American entrepreneur with a scheme to implant televisions into people's foreheads, and a Catholic priest who attempts to lure him down inside a kitchen sink. Then things start getting strange....

In this story based loosely around the state of Bardo from The Tibetan Book of the Dead - an intermediate state where the dead arrive prior to rebirth - dying is the easy part. Getting out of Bardo and returning to the land of the living is a far more perilous proposition, and unless you know what you're doing...you might never leave.

An odd, yet oddly touching tale of life, death, and the space in-between.

What listeners say about The End of the World

This is a compelling little novel from an author whose work I had not previously encountered. Since reading it (in only two sittings), I have subscribed to his blog, and will definitely read more of his work.
As a fine example of magico-realism, this takes as its premise the state of uncertainty that is the post-mortal realm. From the outset, it is witty and compelling, moving seamlessly from ridibulous to sublime. It also succeeds in carrying a philosophical message while deftly avoiding "preachiness". If you like Flann O'Brien, you will love this.
Excellent narration, and the author seems very pleased with it, which is always a good sign!