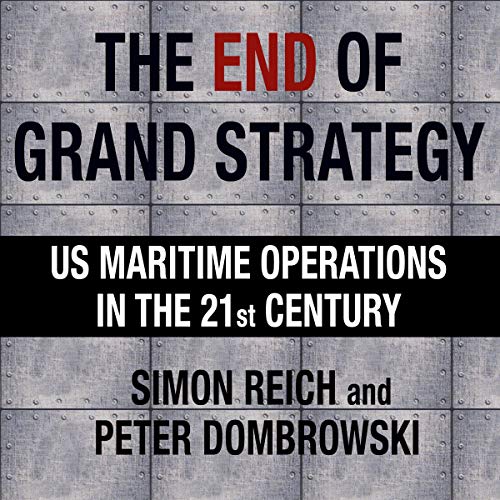 The End of Grand Strategy

The End of Grand Strategy

In The End of Grand Strategy, Simon Reich and Peter Dombrowski challenge the common view of grand strategy as unitary. They eschew prescription of any one specific approach, chosen from a spectrum that stretches from global primacy to restraint and isolationism, in favor of describing what America’s military actually does, day to day. They argue that a series of fundamental recent changes in the global system, the inevitable jostling of bureaucratic politics, and the practical limitations of field operations combine to ensure that each presidential administration inevitably resorts to a variety of strategies.

Proponents of different American grand strategies have historically focused on the pivotal role of the Navy. In response, Reich and Dombrowski examine six major maritime operations, each of which reflects one major strategy. One size does not fit all, say the authors - the attempt to impose a single overarching blueprint is no longer feasible. Reich and Dombrowski declare that grand strategy, as we know it, is dead. The End of Grand Strategy is an essential book for policymakers, military strategists, and analysts and critics at advocacy groups and think tanks.

"A superb, incredibly rich book. It is a major, and innovative, original contribution to thinking about U.S. grand strategy." (Andrew L. Ross, Editor of The Political Economy of Defense)

"An instant classic with a 360 degree view of the maritime world and the importance of sea power to the United States." (Admiral James Stavridis, USN, Ret.)

What listeners say about The End of Grand Strategy