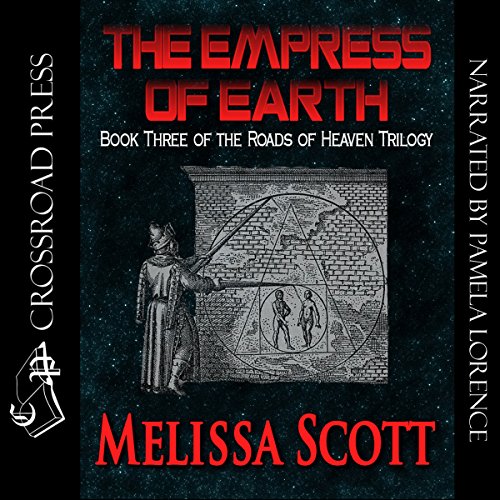 The Empress of Earth

Following Five-Twelfths of Heaven and Silence in Solitude, this is the third and concluding novel in the Silence Leigh series. Silence Leigh now faces the ultimate test of her skills as a pilot and of her powers as a sage.

Silence has finally wangled a deal with the Hegemony to use their gear to help them find the lost star roads to Earth. This comes at a price, though, as the credit for this will go to the leader of the Hegemony's family, so that one of his relatives can inherit his position, given that he has no children.

The roads are not lost by accident; there is an active group of planets trying to block access to Earth, setting up a final conflict.

What listeners say about The Empress of Earth

One of my life time favorite book

I've been reading this book for over thirty years! It's always been one of my go to reads. I was super excited to find it on Audible! The performance was good and kept my attention.

I love the ROADS OF EARTH trilogy
The entire concept of star travel using Star Roads with craft using music to attain flight is wonderful to me. The plots of each book are good enough to take the concept and make exciting stories