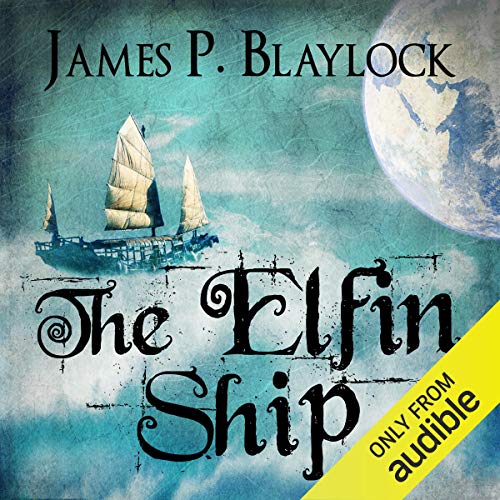 Trading with the elves used to be so simple. Every year Master Cheeser Jonathan Bing would send his very best cheeses downriver to traders who would eventually return with Elfin wonders for the people of Twombly Town. But no more.

First the trading post at Willowood Station was mysteriously destroyed. Then a magical elfin airship began making forays overhead; Jonathan knew something was definitely amiss. So he set off downriver to deliver the cheeses himself, accompanied by the amazing Professor Wurzle, the irrepressible Dooly, and his faithful dog Ahab.

It would have been a pleasant trip, if not for the weeping skeleton, mad goblins, magic coins, an evil dwarf, a cloak of invisibility - and a watch that stopped time. However, the return trip would not be so simple.

This, the first volume in a trilogy, tells the story of Master Cheeser Jonathan Bing who sends his best cheeses downriver each year to the elves, in exchange for elfin treasures for the people of Twombly Town. When things go wrong, Jonathan has to set out to deliver the cheeses himself.

"A magical world, magically presented...having journeyed there, you will not wish to leave, nor ever to forget." (Philip K. Dick)

What listeners say about The Elfin Ship

Would you consider the audio edition of The Elfin Ship to be better than the print version?

The audiobook is best for me because I like to listen whilst knitting and therefore do not have my hands free to turn the pages. In this case I also think the narrator's voice added a depth to the characters and the environment and enhanced the link to Wallace and Gromit (a favourite of mine). His voice is warm and friendly (as I think the book should be) and feels like a well-loved uncle reading the story.

What other book might you compare The Elfin Ship to, and why?

Wallace and Gromit - a Northern cheesemaker and his dog go on an adventure.
Swallows and Amazons - It is a rafting and boating adventure
Enid Blyton - Told in a slightly (mock?) old-fashioned children's bed time story style.
Lord of the Rings - Travelling adventure with a (mostly) safe elven town as part-way refuge. Spooky woods, Elves and dwarfs and other fantasy creatures including rather silly goblins.
Scooby Doo - The intrepid team have to investigate the goings on in the spooky woods

The softly spoken Northern tones and accents Malk Williams uses in reading it are just perfect for the Wallace and Gromit-like atmosphere and add a lot to the character of the book and its inhabitants. I loved it.

It is light hearted and humerous even when the bad things happen and has wonderfully imagined and evoked characters.

It is characterful and intrepid in all the best ways.

A light hearted cross between the Wind in the Willows and the Hobbit. For me it was excellent bedtime listening. I love nothing more in this world (or an alternative one) than taking the dog on a river journey coupled with a nice spot of lunch.

After only 5 minutes I stopped listening.

What would have made The Elfin Ship better?

not sure it's redeemable

Would you ever listen to anything by James P. Blaylock again?

Would you be willing to try another one of Malk Williams’s performances?

Perhaps if he didn't use the same dreadful accent

If you could play editor, what scene or scenes would you have cut from The Elfin Ship?

Didn't listen to it. Waste of money

I'm giving this 3 stars purely based on its charm which it has bucket loads of. Its the sort of charm of the hobbit or the wind in the willows, as I think a previous review has mentioned. It makes you want to settle down with a cup of tea, some freshly baked bread and good cheese to watch the birds dig for worms in the garden.

Unfortunately however, for me the story simply wasn't that compelling. I liked pretty much all of the of the characters but was never very invested in them. I didn't find the plot hugely thrilling, but as I said above its wonderfully charming.

The narrator is excellent and does good voices for the characters which seem to suit them well.

Utter twadle, but not entirely in a bad way...

The 1st half of the book is very long winded and really not much happens, it could be cut in half and the book would have been much the better for it. The 2nd half of the book picks up in both pace and interest but I still found it a struggle. It's not that the story is bad I just didn't really enjoy Blaylocks style or characters.

The fantasies I've enjoyed most recently were the Name of the Wind series and Joe Abercrombies book so I will try and find something like those....

Which character – as performed by Malk Williams – was your favourite?

He made the best of a bad lot really....

Do you think The Elfin Ship needs a follow-up book? Why or why not?

If you like Terry Pratchett there's a chance you may enjoy this, though it's not as good as his lesser books....

The narrator uses a mock Northern accent, which could sound ok in the right circumstance, but undermines the idea by describing cotton wood trees on the river banks and Lima beans. These things are not really known in Yorkshire. The characters are shallow and the storyline weak. Maybe kids up to 7 years of age would like it, but I suspect anyone older would find it irritating.

Other reviewers have pointed out a Tolkien resemblance, but most ‘art’ involves stealing, and any stealing in this book is done well. I liked the hobbits best in Tolkien as they seemed to be happy folk, contented with the small joys of life. But Blaylock limits the evil as even the goblins seem to be creating chaos as fun rather than evil for evil’s sake.
For those seeking more menace, try the Langdon St. Ives or most any of the post Balumnia trilogy. The narrator had, for meat least, the right voice and intonations for the characters.

Be prepared to gain 5lbs

I adored this story. It is like Douglas Adams writing whimsical adventures for hobbits. I made myself so many amazing cheese platters while reading this. The narrator is absolutely perfect for the story. I can't wait until my little boy gets a bit older so we can read it together and eat cheese.

Would you consider the audio edition of The Elfin Ship to be better than the print version?

I have not read the text. I have listened only and it was a satisfying experience.

Johnathan...I found him a good guide through this world.

Audible has recently put several of James P. Blaylock’s novels in audio format, so I’m giving a few of them a try. The Elfin Ship, first published in 1982, is the first book in Blaylock’s BALUMNIA trilogy about a whimsical fantasy world filled with elves, goblins, dwarves, wizards, and (because it’s Blaylock), a few steampunk elements such as submarines and airships.

In The Elfin Ship we meet Jonathan Bing, a cheesemaker who lives in a quaint little village with his dog Ahab. It’s just before Christmas, a time when Bing should be selling his famous cheeses to neighboring towns. However, something is afoot in the outside world and trade is drying up. Not only is Bing’s business in danger, but all of the villagers will have a dreary holiday if they are unable to buy their traditional toys and treats. Somebody must be sent to investigate what’s happening outside the village and it’s obvious that Master Cheeser Bing is just the right person to go. Bing is reluctant — he’s just an ordinary stay-at-home kind of guy — but he’s single and his lifestyle depends on successful trade relations. So, accompanied by his dog Ahab, Professor Wurzle, and a simple boy named Dooly, Bing sets out on a quest that he hopes will uncover the mystery and save his village’s Christmas. Along the way they meet strange folks, have frightening adventures, encounter magical items, and discover secrets.

The Elfin Ship has an appealing setting. Twombly Town, Bing’s comfy village, feels like the shire — it’s a warm friendly place where everyone knows each other and life is sweet. When Bing and his friends leave for their quest, I was eager and ready for an adventure, but by the time the characters have been hazarding the wilds for a while, I found myself understanding why they were anxious to return to their friends and the comforts of Twombly Town. I liked this homey feel.

The characters are also likable. The Master Cheeser and the Professor are good people who are clever and witty. Dooly is sweet and there’s more to him than meets the eye. And, of course, there’s Ahab — who doesn’t love a loyal and friendly dog? There are no women in the story, unfortunately.

Many readers, including children and teens, will absolutely adore The Elfin Ship. There are a few dark moments, but mostly the novel is charming, light-hearted and funny, and there are bits of wisdom and important life lessons included. Its wholesome hominess feels a little like The Hobbit or The Wind in the Willows. The Elfin Ship stands alone, but there are two more BALUMNIA novels set in the same world with overlapping characters: The Disappearing Dwarf and The Stone Giant.

Malk Williams did a great job with the narration of Audible’s version (sample). He has a British accent and his warm voice fit perfectly with the cozy feel. I could imagine him sitting in a quaint inn, drinking a beer, smoking a pipe, and telling us this story.