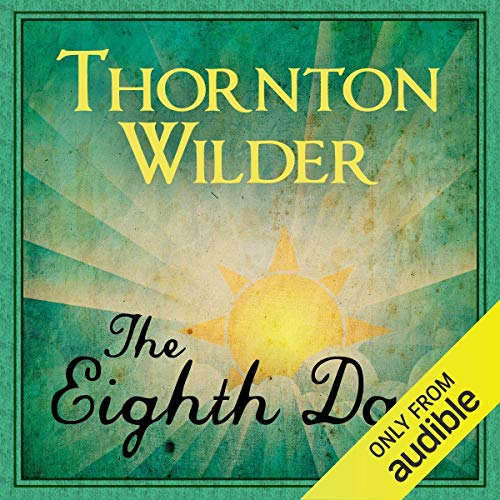 First published in 1967, near the end of Wilder’s life, The Eighth Day is a work of classic stature that has been hailed as a great American epic. Winner of the National Book Award, it moves back and forth through the 20th century, telling the story of a talented inventor accused of murder.

In 1962 and 1963, Thornton Wilder spent 20 months in hibernation, away from family and friends, in the Rio Grande border town of Douglas, Arizona. While there, he published The Eighth Day, a tale set in a mining town in southern Illinois about two families blasted apart by the apparent murder of one father by the other. The miraculous escape of the accused killer, John Ashley, on the eve of his execution and his flight to freedom triggers a powerful story tracing the fate of his and the victim’s wife and children.

An acclaimed novelist and playwright, Thornton Wilder (1897-1975) won three Pulitzer Prizes - for the novel The Bridge of San Luis Rey, and for the two plays Our Town and The Skin on Our Teeth. Wilder’s other honours include the Gold Medal for Fiction from the American Academy of Arts and Letters, the Presidential Medal of Freedom and the National Book Committee’s Medal for Literature.

"We marvel at a novel of such spiritual and benign flamboyance." (John Updike)
"Suspenseful and deeply moving." (New York Times)

I just loved this amazing book. I think Wilder has a wonderful insight into people's minds and souls.