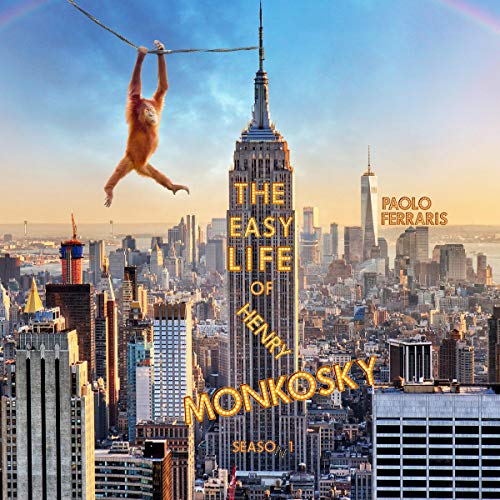 The Easy Life of Henry Monkosky

The Easy Life of Henry Monkosky

Henry Monkosky is an ingenious monkey who lives in New York City. He is adorably short, fat and clumsy. Innocence is his middle name.

For Henry, life is beautiful and savory. That's all he knows and cares about!

What he doesn't know is that the survival and the very existence of New York City depend on him. Something ominous and dark is brewing in its underground. Will he be able to save the doomed city?

In this highly entertaining season one we follow his daredevil routine, as he gracefully manages to fall in love, run the dysfunctional New York Department of Complaints, befriend the Devil, pass the “Junior Great Monkey Exam” on top of the Chrysler building, discover the door to a menacing subterranean world and explore with his unicycle unknown corners of Manhattan, his beloved concrete jungle.

As Henry himself would put it: piece of cake! Multi(trouble)tasking.

The Easy Life of Henry Monkosky is a hilarious, high-octane adventure in jazz, food, rock and roll, humanity, mystery, and love. It's an ode to life and New York City.

What listeners say about The Easy Life of Henry Monkosky