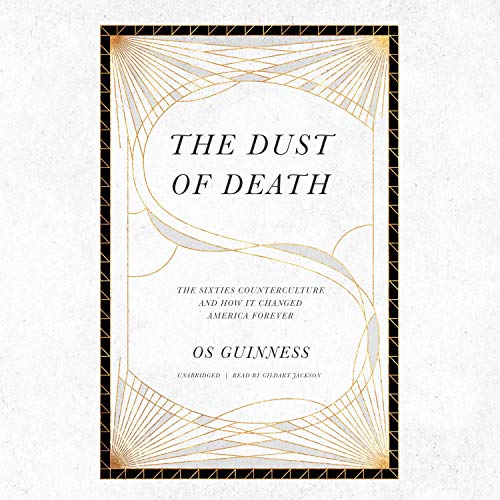 The Dust of Death

In 1968, at the climax of the '60s, Os Guinness visited the United States for the first time. There he was struck by an impression he’d already felt in England and elsewhere: Beneath all the idealism and struggle for freedom was a growing disillusionment and loss of meaning. “Underneath the efforts of a generation”, he wrote, “lay dust”.

Even more troubling, Christians seemed uninformed about the cultural shifts and ill-equipped to respond. Guinness took on these concerns by writing his first book, The Dust of Death. In this milestone work, leading social critic Guinness provides a wide-ranging, farsighted analysis of one of the most pivotal decades in Western history, the 1960s. He examines the 20th-century developments of secular humanism, the technological society, and the alternatives offered by the counterculture, including radical politics, Eastern religions, and psychedelic drugs.

As all of these options have increasingly failed to deliver on their promises, Guinness argues, Westerners desperately need another alternative - a Third Way. This way “holds the promise of realism without despair, involvement without frustration, hope without romanticism”. It offers a stronger humanism, one with a solid basis for its ideals, combining truth and beauty. And this Third Way can be found only in the rediscovery and revival of the historic Christian faith.

First published in 1973, The Dust of Death is now in audio as part of the IVP Signature Collection, featuring a new preface by the author. This classic will help listeners of every generation better understand the cultural trajectory that continues to shape us and how Christians can still offer a better way.

What listeners say about The Dust of Death

A De Tocqueville for our Day

The Dust of Death is a rollicking work of cultural criticism by one of the most clear-sighted and engaging Christians around today. Os Guinness wrote The Dust of Death back in 1968, when the rotten fruits of the cultural revolution were not as obvious as they are in 2020.
There are many prophetic qualities to this work and it stands up well today. It's also fascinating to get a first-hand account of that time.

Os's reflections are really something like De Tocqueville's Democracy in America, and this was the Anglo-Irishman's first sojourn to The States at a seminal moment in her history. It's been republished this year, and not without good reason. It captures the major trends and spirit of the age, in light of The Spirit of all ages.
Os looks critically at the fluctuations between optimistic and pessimistic humanisms, outlandish predictions about the future, popular cultural movements and the sophists playing the piper's tune, and much more besides.

The Dust of Death is a splendid read that's as lucid as other Guinness books, if not as sharp as the offerings of a more mature Os. For me however, it's up there with historian Christopher Lasch's magnum opus, The True and Only Heaven: Progress and it's Critics. These are the two most probing and restorative cultural critiques I would commend to a Christian reader or listener.