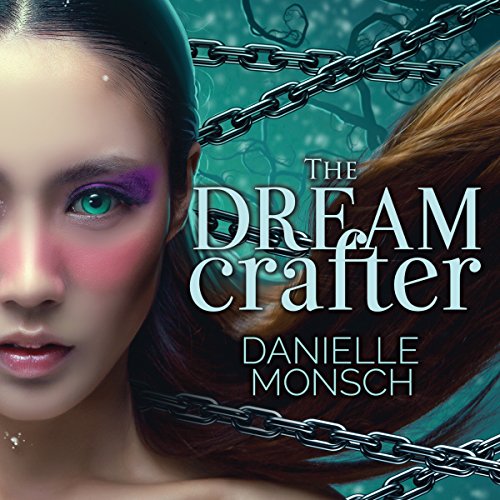 By: Danielle Monsch
Narrated by: Tavia Gilbert
Try for £0.00

The most feared mercenary in the New Realms, Merc takes what he thinks is a routine job - guarding a magic spell book until a secret auction takes place, one where only the most powerful and influential will have the opportunity to bid. But one moment of carelessness makes this job the most personal he has ever had, and if that wasn't enough, his dreams are being invaded by a mysterious woman he can't stop wanting.

One moment of terror took away Amana's security and her brother's freedom. Now her life is doing whatever she must to survive, all the while trying to find the way to release her brother from prison. Her answer comes in an offer from the Guild, but the cost is high - using a power she has kept locked away on a man who terrifies her even as he fascinates her.

What listeners say about The Dream Crafter

This story has interesting characters with believable motivations and great world building. It left me wanting to know more about the world the main characters live in.

One of my favorite scenes was when Merc takes down Fallon and her sidekick in a sneak attack. Scenes with my 2 favorite & mysterious Guild members are always a treat.

Loved the first one, this one fell flat

I loved the first book in the series but this one fell flat. Did not finish.