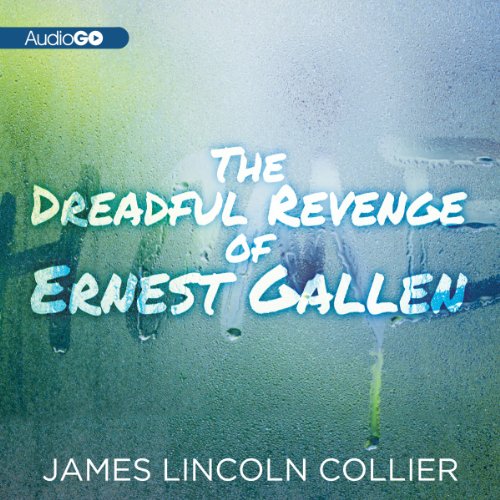 The Dreadful Revenge of Ernest Gallen

Gene Richards is haunted by a voice, and he doesn’t like what it’s saying. He’s trying to ignore it - pretend it’s not real - but the voice has plans for Gene. A long time ago, something bad happened in the town of Magnolia - something that Gene’s grandfather and his friends want to keep quiet. The voice has started hurting those who were responsible, and it won’t give up until Gene uncovers the town’s eerie past. Determined to clear his grandfather’s name, Gene and his friends start reading old newspapers and digging for the truth. But the voice is running out of patience, and Gene must do something before his grandfather becomes the next victim. James Lincoln Collier has captured the fear and curiosity that come when the past is called into question. The suspense lasts to the final minutes in this ghost story turned mystery.

What listeners say about The Dreadful Revenge of Ernest Gallen