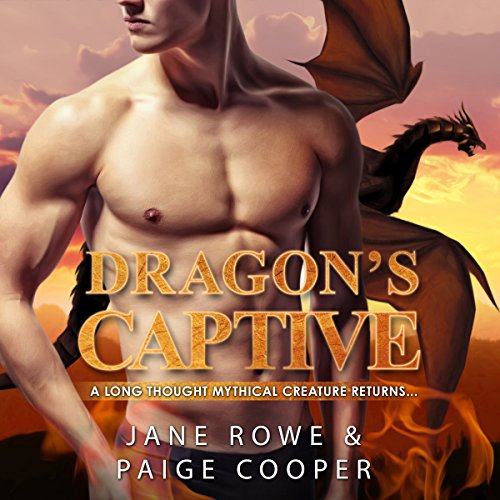 They said dragon shifters were long extinct, but they were wrong; a small group has just awoken after a thousand yearlong forced hibernation. Now unleashed back onto the world, they have two main aims: repaying their blood enemy the vampires for forcing them into their slumber, and finding women suitable to carry on their dragon lineage.

Kira is one such woman who is captured by these dragons. Facing an impossible situation, the last thing she expects to happen is to fall for one of her captors.... But that's exactly what's about to happen! Enter Nico, a tall, handsome shifter capable of not only putting fear into the strongest men, but making usually cool woman act like giddy school girls facing their first crush.

Kira knows it's wrong to give in to Nico's desires, but with her womanly needs just as strong, who's to say she can't get what she wants out of this arrangement?

Believe me when I tell you, this is one paranormal fantasy romance you won't want to miss. Suitable for over 18s only due to sex scenes so hot, they'll leave your toes curling!

Brought to you by Jane Rowe, Shifter Club (search us), and Saucy Romance Books (search us). If you like shifters unbound from their restrictions, this could be the story for you.

What listeners say about The Dragon's Captive

It could be a interesting story if the women weren’t such pushovers. Make a different version

I loved this book so very much you have. To try it
You want regret it.
CJ

This was an entertaining story. I felt for the male dragons but, to force mate a female (light skinned was considered prettier than dark ones) was uncomfortable. I appreciate Nick was a fair leader and made a tiny small attempt to woe his mate. Despite the misogynistic attitudes to grab ANY female to procreate. This story keep my attention enough to finish the whole story.