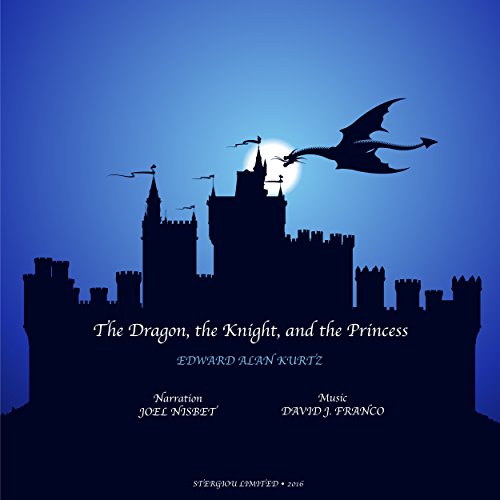 The Dragon, the Knight, and the Princess

By: Edward Alan Kurtz
Narrated by: Joel Nisbet
Try for £0.00

The Dragon, the Knight, and the Princess is a fun and entertaining adventure story set in a mythical kingdom long ago.

Who will help the knight? You'll be surprised to find out!

What listeners say about The Dragon, the Knight, and the Princess

This is the first book I’ve read/listened to by this author. It’s a tale appropriate for preteens and is not your typical “knight saves the village from the dragon” story. Although is is reminiscent kinda like a Grimms Fairy tale it is not a Grimms ending.
There are sound effects but they are (for a change) not overpowering. The chapter change music is awkward but it’s not horrible.

This is the first book I’ve listened to by this narrator ( Joel Nisbet ) and I would listen to another. He did a good job reading this story. His princess voice was well done.

I was given this auto book at my request for free however the opinion is of my own. Starts a little slow but the action definitely picks up after the first chapter. Very cute adorable story of a Knight going to slay a dragon that wrecked havoc on a kingdom so he could marry the princess.