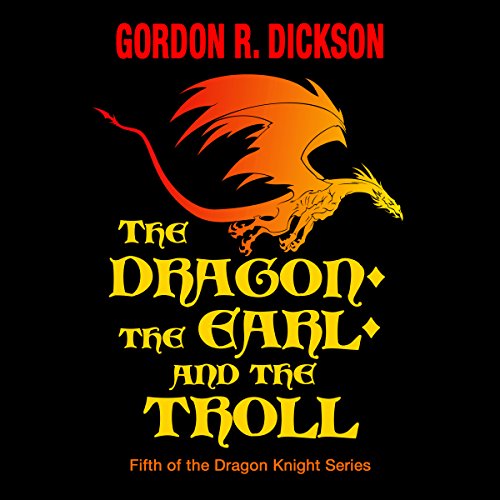 The Dragon, the Earl, and the Troll

By: Gordon R. Dickson
Narrated by: Paul Boehmer
Try for £0.00

'Tis the season for treachery: The Earl of Somerset is throwing a lavish Christmas feast, a revel above all others to celebrate the holiday. But the Dark Powers have chosen this joyous time to launch a massive offensive. An army of land-hungry trolls has laid siege outside the Earl's fortress, while a nest of venomous traitors waits to hatch its deadly plan from the inside. Now Sir James, the brave Dragon Knight, must fight a battle unlike any he has ever known - a battle no man, knight, or dragon can win. Not even if he is all three in one.

What listeners say about The Dragon, the Earl, and the Troll

the dragon, the earl and the troll

oh my goodness!!! this was such a great read!!! so much adventure! it was very imaginative and such fun!!! well performed and very creative!!!

A great story to listen hear.

I Loved it and I could not stop listening to it. The narrator kept you riveted and wanting to know what's going to happen next!