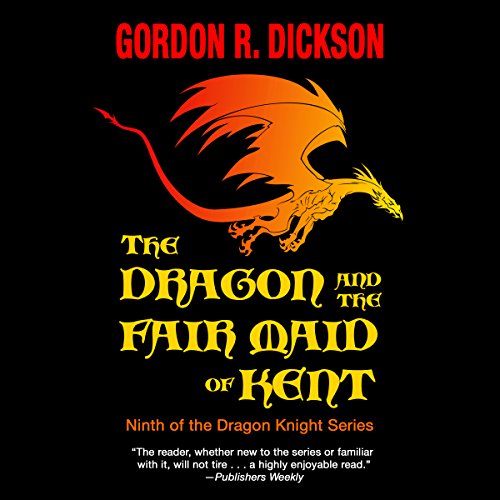 The Dragon and the Fair Maid of Kent

Gordon R. Dickson has entertained for over two decades with his tales of Jim Eckert. Now the Dragon Knight must confront the three disasters that lie in wait for any visitor to the English Middle Ages: War, plague, and Plantagenets. The plague is caused by a covert invasion of shape changing goblins who seek to take over the world. Meanwhile, Eckerts castle is invaded by Plantagenets: Edward III, his son Edward The Black Prince, and Joan, the Fair Maid of Kent. Against the background of a full-scale human-versus-goblin war, these worthies move in a swirl of intrigue and dynastic tension.

the entire series was wonderful!

i wish there were more books. narrator did an excellent job. the characters became part of my life for a time.