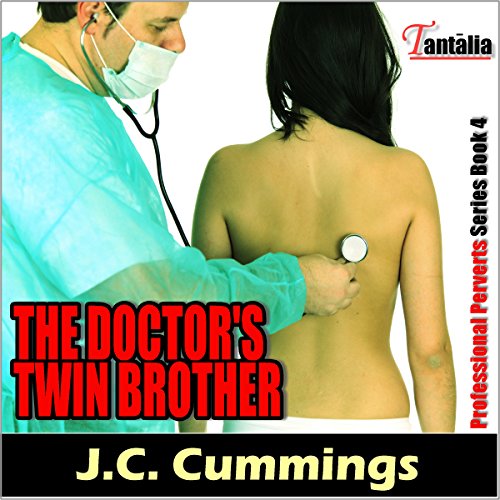 Dropout and lifelong loser Mick Sloan is so ever-loving jealous of his super-successful brother, Prescott, he just can't stand it. Prescott is an army doctor who spends his days giving gyno exams to nubile, young female recruits. Mick, a pervert since kindergarten, would, of course, like nothing better than to have a chance to do the very same thing!

So he devises a clever but nasty scheme where he locks Prescott out of action for a while, steals his uniform, and arrives at the base ready, willing, and able to feel, fondle, and finger one young hottie after another.

But things don't work out the way Mick's dirty mind has been hoping. Three young patients come in, but no exams are given. And when patient number four arrives, it turns out to be his favorite hooker, Carla. Carla has decided to join the army and invites Prescott not only to examine her but to have her in ways he never has before. Naturally his furious brother walks in at exactly the wrong time. But Mick has a shocking announcement to make that just might keep him out of trouble with both his brother and the military!

Here is a brief taste:

Holy shit, holy shit, holy ever-lovin' shit! I couldn't believe it! Naked hotties were coming to me! And I was gonna see 'em and feel up every one of their good parts! Shit, that old pecker o' mine was burstin' at the seams now, let me tell you!

Fifteen seconds later there was a knock at my door....

My knees could barely carry me there. I opened it...

My first patient! Ooh-hoo, and what a patient she was. Nice, pretty brunette with long hair and nice, perky titties poking out from beneath her johnny. Oh, mama, I couldn't wait to get my hands on - and in - her, y'know what I'm sayin'.

the actual story was predictable but ok. i especially loved the voice of charlie twist. very easy to listen to and charlie easily whisks you away into another world just when you need it. I will certainly look for him again.