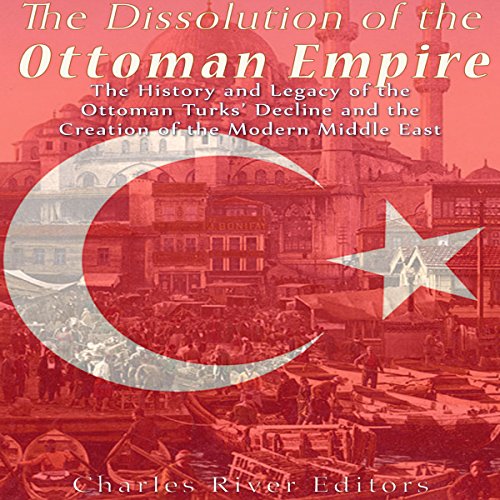 The Dissolution of the Ottoman Empire

In January 2011, the Turkish television channel "Show TV" released A Magnificent Century (Muhtesem Yuzyil), which would become one of Turkey's most popular TV shows for the coming years. The show, which takes place during the years of the Ottoman Empire's longest reigning Sultan, Suleiman the Magnificent, was popular even outside of Turkey, including in countries such as Bosnia, Macedonia and Greece. At the same time, Muhtesem Yuzyil's success prompted concerns over Turkish attempts to use what some perceived as a form of nostalgia for the Ottoman Empire, and this led to criticism from various local figures (including the Bishop of Thessalonica in Greece as well as a ban on Turkish soap operas in Macedonia) . Nonetheless, the success of A Magnificent Century is a testament to the vivid influence the multi-secular empire still has in the Middle East and the Balkans almost 100 years after its dissolution.

The long agony of the "sick man of Europe", an expression used by the Tsar of Russia to depict the falling empire, could almost blind people to its incredible power and history. Preserving its mixed heritage, coming from both its geographic position rising above the ashes of the Byzantine Empire and the tradition inherited from the Muslim Conquests, the Ottoman Empire lasted more than six centuries. Its soldiers fought, died, and conquered lands on three different continents, making it one of the few stable multi-ethnic empires in history - and likely one of the last. Thus, it's somewhat inevitable that the history of its dissolution is at the heart of complex geopolitical disputes, as well as sectarian tensions that are still key to understanding the Middle East, North Africa and the Balkans.

Looking at the events of the empire’s last two centuries, and interpreting the fall of the Ottoman Empire as a slow but long decline is what could be called the "accepted narrative". At the start of World War I, the Ottoman Empire was often described as a dwindling power, mired by administrative corruption, using inferior technology, and plagued by poor leadership. The general idea is that the Ottoman Empire was "lagging behind", likely coming from the clear stagnation of the Empire between 1683 and 1826. Yet it can be argued that this portrayal is often misleading and fails to give a fuller picture of the state of the Ottoman Empire. The fact that the other existing multicultural Empire, namely the Austro-Hungarian Empire, also did not survive World War I should put into question this accepted narrative. Looking at the reforms, technological advances and modernization efforts made by the Ottoman elite between 1826 and the beginning of World War I, one could really wonder why such a thirst for change failed to save the Ottomans when similar measures taken by other nations, such as Japan during the Meiji era, did in fact result in the rise of a global power in the 20th century.

Overall, the history of the dissolution can be defined as a race between the Empire's growing illness on one side (the Ottoman's inability to appease and federate the various people within its territory), and constant attempts to find a cure in the form of broad reforms. These questions are often presented together, but that tends to shift the focus outward, onto the various peoples and their aspirations, along with Europe's growing influence over the fate of the Ottoman Empire. To consider both the illness and the cure, it's necessary to separate them, before moving on to the direct cause of the empire's dissolution (World War I) and its heritage.

What listeners say about The Dissolution of the Ottoman Empire

A more welcoming start than the big books on this

I generally like history. Some topics beckon but also seem to be off-putting, in anticipation of all the names, places and intrigues. And so it was with this bit of very crucial global history. So, this compressed telling is very welcome, to "get my feet wet." The narrator has a British accent (usually a plus for me) and very fine delivery. At last, I see the puzzle pieces better. Also unexpected and interesting is some related Russian history, as these political entities nudged and scraped against each other. I have many students from this and surrounding areas, and I am reassured I know their circumstances and cultures better.